A typical dexterity racer in which we take part in a series of illegal night races. Noteworthy are two extensive boards (New York and London), on which further types of competitions are organized.

The third part of the adventures of the title thief. This time Sly sets out to look for a family fortune. The latest version of the series introduces many interesting solutions, including multiplayer for two players.

The History Channel: Great Battles of Rome is the next installment of a well-known series of strategy games, created in cooperation with Black Bean and a popular historical TV channel. This time the user receives a unique opportunity to closely follow the course of the greatest wars of the Roman Empire from the period from the 4th to the 1st century BC.

Continuation of the Lego Racers car racing promoted by the world's most famous manufacturer of pads for children, the Lego company. We stand here for a series of crazy races to find the best galaxy driver. 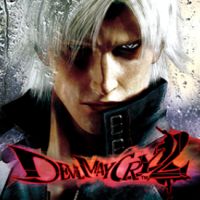 A continuation of the third-person perspective hack and slash released by Capcom in 2001, which told a story of Dante  a half-demon and destroyer of evil. In this part, his adventures combine with the story of a warrior called Lucia  they both intend to stop a businessman named Arius from resurrecting a demon and acquiring superhuman powers that would make him rule the world.

Band of Thieves is a continuation of the best-selling adventure game entitled Sly Cooper and the Thievius Raccoonus. The Sly is a thief, a true expert in his trade, who deals only with the biggest jumps.

The Da Vinci Code is an adaptation of Dan Brown's best-selling novel of the same title (in Poland: Leonardo da Vinci Code). The game was created on the basis of an agreement signed by 2K Games with Sony Pictures, a label responsible for screening the book.

OutRun 2006: Coast 2 Coast is a virtual racing game, created on the occasion of the twentieth anniversary of the memorable series, of which it is the fifth part. The cycle was initiated in 1986 in the salon arcade machines thanks to the efforts of the famous Japanese electronic and entertainment artist named Yu Suzuki.