Pirates of the Caribbean: At Worlds End is an action adventure game that uses themes depicted in the second and third parts of the movie series Pirates of the Caribbean. Developers from Eurocom Entertainment decided to show the story from the perspective of Captain Jack Sparrow, however players also get the opportunity to play as both William Turner and Elizabeth Swann.

50 Cent: Blood on the Sand is another game signed by a popular American rapper. Previous production with his participation was subtitled Bulletproof and was very well received by the players. Blood on the Sand does not continue the story of the previous game. This time the script will entangle the black musician in the fight against the international gangster network. 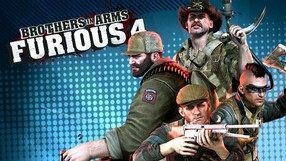 Action game with a third person perspective and historical context. Templar Denz and mercenary Esteban travel across 12th century Europe trying to save their cursed souls from eternal condemnation.

We play the role of McQueen Zigzag and fight for the title trophy. This time we are also racing on the beach, in the city or in the desert wilderness. 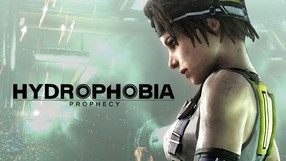 Hydrophobia is a Blade Interactive third party view adventure game (TPP). The player directs the actions of Kate Wilson, who on board the Queen of the World has to face a dangerous terrorist group and her greatest fear - water. The game has been enriched with logical puzzles.

A free spin-off to the popular Gran Turismo series, which was intended to serve as an introduction for the planned  but eventually cancelled  Gran Turismo HD. The title also acts a kind of bridge between the new and old generation of Sony consoles, as it is based on Gran Turismo 4 released on PlayStation 2, but was created with tools designed for another major installment of the series, intended for PlayStation 3.