Tales of Monkey Island is an adventure game with a classic point & click interface, produced by Telltale Games. The player directs pirate Guybrusha Threepwood, who together with his wife Elaine is looking for a way to defeat the accidentally released magic of Voodoo. The creators remained faithful to the atmosphere of earlier editions of the Monkey Island series, modernizing the audio-visual setting and introducing a number of new elements of the gameplay. 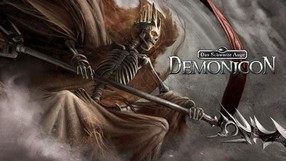 An action cRPG based on a German pen&paper RPG system  Das Schwarze Auge. The developers from Silver Style Studios drew the inspirations for their game from the iconic Diablo series. The action of The Dark Eye: Demonicon is set in the world of Aventuria, inhabited by numerous fantastical creatures. Players get to follow the adventures of Cairon and his sister Calandra, who, after performing a dark ritual, acquired the ability to wield demonic magic.

DLC addition to Mafia II game allowing you to play the role of Jimmy - ruthless mercenary, one of the best specialists in dirty work, who, after several years of sitting down, returns to Empire Bay to take revenge on the leaders of mafia families.

Bladestorm: Hundred Years' War is a strategy game created by the fathers of the series Dynasty Warriors, Kessen and Samurai Warriors. However, unlike these popular brands, developers have placed the action of their new work not in Asian reality, but in medieval Europe.

Mercenaries 2: World in Flames is a sequel to one of the biggest electronic-entertainment surprises of 2005. Initially, talented developers from Pandemic Studios decided to focus on only one console (PlayStation 3), but after signing a publishing agreement with Electronic Arts corporation, a version for Xbox 360, PlayStation 2 and PeCet was announced.

Quantum Theory is a dynamic sci-fi action game with a third person view (TPP), maintained in the climates of science fiction. Players learn the fate of Syd and Filena, who, in defense of a handful of survivors from the global catastrophe, set off on a mission to destroy a living tower - the source of the spread of a deadly dangerous substance called "erosion". The title was produced by Team Tachyon development studio.

The Witch and the Hundred Knight 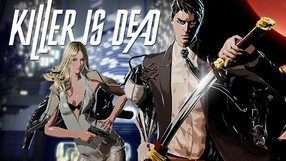