The second major expansion for Grand Theft Auto IV - an action title by Rockstar Games set in the open environment of Liberty City. The expansion introduces a new storyline - the player assumes the role of Luis Lopez, a part-time gangster and an assistant of the legendary king of night clubs - Tony Prince. It turns out the protagonist's employer has earned himself the dislike of both Russian and Italian mobsters, and the player's task is to get Tony out of this troublesome situation.

Continuation of third person perspective sandbox action game by Sucker Punch studio. We play as Cole McGrath again, who almost paid for the clash with the mysterious Beast with his life. To prepare for the rematch, our hero travels to a brand new city, New Marais, where he hopes to find a way to increase his power. But the Beast is on his trail, spreading death and destruction. An additional obstacle is the military organization ruling the city, which aims to get rid of the strange stranger. 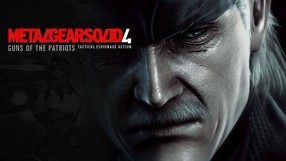 The fourth full-fledged installment in a popular series of stealth-action games created by Hideo Kojima and Konami for the PlayStation consoles. Solid Snake is back again, unfortunately, his is also not at his best due to genetic experiments from the past. The story is set five years after the events of Metal Gear Solid 2. It depicts a world of the near future where military corporations fight each other in the name of their bosses.