Humorous RPG game created by Double Fine studio team known from Psychonauts and Brutal Legend. The action of the title takes place on Halloween night, when during a traditional game, a monster with a weakness for sweets kidnaps a little girl - the main character's sister. Desperate boy sets out to rescue his little sister, being able to count on the support of up to four companions with different skills.

Hunting game. We play the role of a hunter, hunting animals, shooting at birds or fishing. During the game we visit many interesting locations in North America. 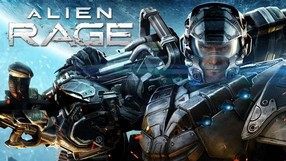 A science-fiction first-person shooter developed by City Interactive, a studio from Bydgoszcz, Poland. The production draws inspiration from the FPS classics such as Unreal and Quake. In the distant future, humanity and a technologically advance alien race fight for an invaluable mineralPromethium. When the aliens conquer the asteroid Deimos 875, which is rich in this raw material's deposits, an elite soldier is sent in. 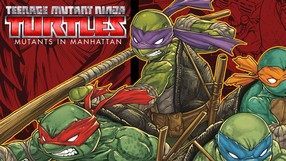 A third-person action game with brawler elements and another digital adaptation of the Teenage Mutant Ninja Turtles franchise. The title was developed by Platinum Games, an experienced Japanese studio, in cooperation with Nickelodeon.

A collection of three installments of the popular series of action games developed by Volition Studios exclusively for PlayStation 3. The pack contains all major entries that were previously released on the 7th generation consoles  Red Faction: Guerilla and Red Faction: Armageddon. Both games tell completely separate stories and focus on different characters.

Compilation of four animated Japanese short films and a game created by Goichi Suda, known in the industry. Production is a spectacular 2.5D platform, in which we play the teenage killer. The task of the players is to eliminate the opponents and reach the end of the board as quickly as possible.

Remake of one of the most popular space shooters. Again we play the role of a pilot of a futuristic fighter, eliminating the asteroids appearing on the board.