An action game released by Namco Bandai that allows you to explore the world of witch hunting. The creators combined arcade elements in the form of a dynamic system of fighting with light aspects of adventure in the form of occasional puzzles. The main character is immortal and the difficulty of the game results from the need to protect his mortal companion.

This is Vegas is an action game that allows you to take a virtual journey to the city of sin. The player has the opportunity to experience nightclubs, casinos and fast cars.

NASCAR racing simulator by Piranha Games creators, based on the famous film from the nineties Fast as lightning (with Tom Cruise in the lead role). As a young member of the team, we fight against opponents in a race in which not only manual skills, but also a good fuel saving strategy and correct vehicle positioning are important. In the game we can face the famous characters from the film, as well as outstanding NASCAR athletes. The game offers multiplayer mode for 12 players.

Two-dimensional arcade game in which we steer a small but heavily armed tank. The action takes place in 1984, and in our opinion the Soviet invasion is repulsed. The game is about shooting down as many enemy units as possible. 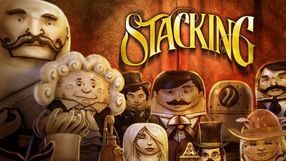 Humorous, third person adventure created by legendary Tim Schafer and his Double Fine studio. In the game we play as the world's smallest Russian matrioshka named Charlie Blackmore, who thanks to his size can jump into other similar dolls and take on their specific abilities. One day his family is kidnapped by an evil baron and forced into slave labour. Charlie decides to help his relatives, setting off on a journey through many different locations, inhabited by other matrioshkas.

Joust is a platform platform that Williams Electronics launched in 1982. Thanks to programmers from Digital Eclipse, who have similar productions, this game can also be enjoyed by Xbox 360 owners.