A first-person shooter set in World War II developed in cooperation by CI Games’ teams in Rzeszow and London. In the main campaign, the player assumes the role of Robert Hawkins, an American war correspondent, who joins the resistance movement as a witness to the cruelty of the Germans. The action takes place primarily in the war-torn Warsaw, although we will also visit Norway, France, and Germany in the protagonist’s flashbacks.

The third main installment in the popular FPS series, Call of Duty. It is also the first game in the franchise (not counting the console spin-offs) that in the end was not released on PCs. In contrast to the previous installments, this time the game was developed by Treyarch – the authors of the console version of Call of Duty 2. The plot of the game once again takes place on various fronts of World War II. This time one can play as American, British, Canadian, and Polish soldiers.

A direct sequel to the futuristic first person shooter released on PlayStation 2, created by Guerilla Games as an answer to the successful, and mostly Xbox exclusive, Halo series. Killzone 2 takes place on the home planet of Helghan, two years after the events shown in the first game in the series.

The Godfather: The Don's Edition 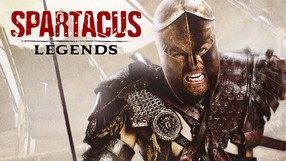 Action game based on the popular TV series Starz, known in Poland for its HBO channel. It is a kind of simulator of gladiators' career, from training and initial battles in secondary arenas to spectacular clashes worthy of the Roman Coliseum. The title is distinguished by an extensive combat system and a large number of player configuration options.