Scivelation is a third-person action game with elements of shooting and sneaking, created by Black Wing Foundation development studio. The plot presents a gloomy vision of the world in the near future, where manipulation of human genetic code has led to wars, discrimination and cruel rule. The only hope for humanity is an experimental substance called Omega.

This product is an introduction to NBA 2K10. We start the advanced process of creating a new player, striving to ensure his promotion to the NBA league.

Yar's Revenge is a remake of the classic science fiction shooting, originally released on 8-bit computers, prepared by the Killspace Entertainment development team. The player directs the actions of an unnamed heroine who wants to take revenge on the cruel Qotile Empire for the wrongs she has suffered.

To End All Wars

This End All Wars is the first-person war shooter, created by the Kuju Entertainment branch in Sheffield (now Chemistry) and designed for the next generation of consoles.

A first person shooter in which we play the role of a dinosaur hunter. In the game we come across one of the five vast areas where we have to approach and then kill different species of ancient creatures. Contrary to appearances, gameplay requires patience and determination. A lot of weapons and other gadgets are available to players.

Warsoup is a multiplayer clash game combining elements of first person shooter and real-time strategy. Moon Game studio is responsible for the production of the title. The action of the game has been set in the near future. Players are fighting fierce battles for resources, while at the same time taking care of the development of their own base, including the extraction of raw materials enabling the production of new types of weaponry.

Man vs. Wild is an action game with RPG elements, whose main character is Bear Grylls. The player takes on the role of Discovery's famous master of survival art and by visiting various inhospitable corners of the world tries to survive in extremely unfavorable conditions. Scientifically Proven developers have prepared a number of challenges to face during the game - from trying to light a bonfire to confronting dangerous animals.

A remake of classic shooting. We play the role of a pilot of a World War II airplane, dealing with the mass extermination of enemy troops. We observe the action from a bird's eye view.

Rio is an arcade family game, maintained in the convention of "party game" and is quite a free adaptation of the animated film under the same title. Guided by cartoon heroes, players take part in 40 simple mini-games, available in 5 game variants. The game, produced and released by THQ concern, is focused primarily on multi-player fun.

Wrecked: Revenge Revisited is a racing game prepared by the development studio Supersonic, which is an unofficial continuation of Mashed! The player participates in a spectacular competition of racing cars, following the action from a camera located above the track. An additional variety of the game is the possibility of using various armament, with which individual vehicles are equipped. 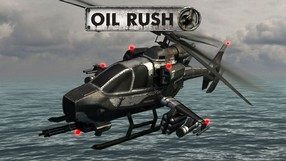 Oil Rush is a real-time strategy taking place in a postapocalyptic world covered mostly by seas and oceans. Only oil, which is currently the most precious resource and object of desire of the remaining people, can ensure survival.

Combination of logical game and cRPG. We travel through a fairy-tale land, fighting numerous duels, developing the skills of the main character, collecting items of equipment and completing simple quests.