In Star Wars: Lethal Alliance, the main character is the twi'lekanka Rianna Saren, who works as a mercenary. The protagonist is hired by Kyle Qatar to penetrate a warehouse on the planet Coruscant....

Aces of War is a position which is a simulation of airplane flights. The action of this item was located during the Second World War, so that the user has a chance to take part in many exciting battles from that period. Each of the implemented military clashes has been presented according to reality.

An action game based on a science fiction film under the same title. We play the role of Predator. We set off on hunting, hunting both well-armed commandos and aliens.

Port of production considered to be one of the best FPS for iPhone 2009. This time the same title can be played on PSP, and the main distinguishing feature of both versions is control using buttons instead of a touch screen.

An interesting combination of a tower defense game with a card. While defending our domain we use a deck of cards representing various attacks and monsters.

A dynamic action game with RPG features, inspired by the Monster Hunter series. The story of Gods Eater Burst starts when the world lies in ruins, the destruction caused by mutated beasts known as Aragami. Only the selected few, the eponymous Gods Easters, are able to face and defeat the Aragami. W start the game by creating our character, with many options for customization available, including our hairstyle, shape of face, skin color, costume and voice.

A Japanese role-playing game in which we play the role of a brave knight Valen. We set off on a dangerous journey to defeat the evil black dragon wreaking havoc in the land.

Dissidia: Final Fantasy is an arcade fight with Final Fantasy characters in the leading roles, prepared by the Square-Enix development team. The plot of the game depicts the struggle of a group of heroes who try to restore harmony in the Universe, disrupted by the conflict between the deities - the Cosmos and Chaos. The title was published on the occasion of the 20th anniversary of the Final Fantasy brand.

Pocket edition of the popular Buzz series. We play the role of a participant of the tele-tournament, answering over 5000 different questions, divided into eight different categories (including science, film and nature).

Star Wars: Battlefront - Renegade Squadron is a tactical action game designed exclusively for Sony's portable console. It belongs to a popular series, with its roots dating back to 2004 and created on the basis of cult cinematographic works under the Star Wars sign. 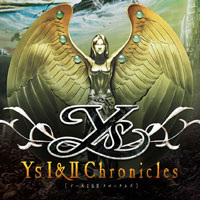 Compilation of remakes of the first two installments of the Ys cycle, in which we play Adol Christina - a brave warrior trying to stop the invasion of demons and monsters. What distinguishes these titles from other Japanese RPGs is the combat system - during the game we do not have a separate attack command, and we attack enemies using a standard motion system, hitting them from different directions.

Where is my Heart? (PSP)

Asphalt 2 Urban GT is the next installment of car racing, prepared by Ubisoft Entertainment. In their work, developers have offered a wide range of licensed vehicles, making a stunning impression on many fans of four wheels.

A dynamic action game in which we play as the title Scandinavian warrior. We take part in a large number of duels, while commanding a team consisting of a maximum of 12 characters.

Capcom Classics Collection Reloaded is a collection of hit games from the past.... Among the titles included in the set you will find such productions as Commando, Ghouls 'n Ghosts and Street Fighter II: The World Warrior.