The Lord of the Rings: Tactics (PSP)

The Lord of the Rings: Tactics is a tactical game with numerous RPG elements, in some aspects resembling Final Fantasy Tactics. The production takes players to the fantastic world of Middle-earth.

Crash of the Titans (PSP)

A pocket edition of the popular PlayStation racing game series, developed since 1997 by Polyphony Digital. At first, Gran Turismo Mobile was supposed to be a remake of the fourth installment, but eventually the game was slightly changed by adding new gameplay elements and extra vehicles. The new elements include i.e. previously unavailable Ferrari and Lamborghini cars and the legendary F1 racing cars.

The work of the Dutch company Guerilla Games is based on the success of the Killzone series, designed for stationary consoles. Unlike it, however, the action in Killzone: Liberation is presented in isometric projection.

Medal of Honor: Heroes is a FPS game from the famous Electronic Arts series, designed exclusively for the PlayStation Portable handheld console. The developers introduced us to the adventures of Lieutenant Jimmy Patterson, Sergeant John Baker and Lieutenant William Holt, which have never been presented before. 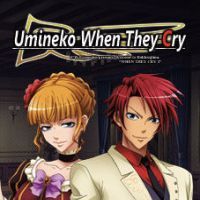 Umineko When They Cry (PSP)