Thirteenth edition of Final Fantasy on Sony's portable console. As a student of magic we have to fight off the enemy army that invaded the kingdom. An important aspect of Agito is an extensive network mode, in which we can allies with other game lovers.

Dissidia 012: The Final Fantasy Duodecim is a continuation of the Dissidia: Final Fantasy skillful fight, published on the occasion of the 20th anniversary of the Final Fantasy brand. The plot of the game focuses on the conflict between the Cosmos, the goddess of peace and harmony, and Chaos, the god of discord. Players have the opportunity to direct the actions of their favourite Final Fantasy characters, summoned by the swaying deities. The game was produced by Square-Enix's development team.

A turn-based war game set in the realities of World War II. We can direct the Allied forces to repel the march of the Nazi armies or crush enemies to the glory of the Third Reich. The authors offered six great campaigns taking place on all corners of the world. Battle mechanics focuses on tactical depth and historical realism.

Need for Speed Carbon: Own the City (PSP) 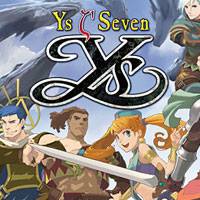 Ys Seven is the seventh installment in the popular jRPG series developed by Nihon Falcom. The game takes us to the fantasy world of Altago where we play as adventurer Adol Christin. King Kiemarl Ednas gives our hero a task of exploring and inspecting a mysterious crypt that emerged after one of the earthquakes. While fulfilling his task he awakes the Five Dragons  ancient powerful beings that bestow Adol with their power so that he can stop the impending cataclysm.

Castlevania: The Dracula X Chronicles is another part of the best-selling series that has been bringing electronic entertainment enthusiasts closer to the fight against vampires and other horror-like creatures since 1986. This is actually the second remake of the game Akumajo Dracula X Chi no Rondo.

Midnight Club 3: DUB Edition is the third installment of the popular car racing series. The title was produced by Rockstar Games in cooperation with the publisher of DUB Magazine automotive magazine. The player has the opportunity to take on the role of a driver participating in spectacular street races and try their hand at the wheel of several dozen luxury cars and motorcycles.

Patapon 2 is a continuation of the bestselling musical-arcade action game released in 2008. The title is again the result of cooperation between the Pyramid development team and SCE Japan Studio. This time Patapons have to face the warrior Kamepon. Just like in the previous series game, gameplay requires a sense of rhythm from the player. The creators have also decided to introduce a few novelties in the game, including a special Patapons unit and a multiplayer option.

Tom Clancy's Ghost Recon Predator is a Tactical Third-Person View (TPP) tactical action game designed for the technical capabilities of the PlayStation Portable handheld console. The player takes control of the title unit of "Ghosts" and takes part in a dangerous military operation in Sri Lanka.

The next part of the cycle about the adventures of ninja warriors prepared by the authors of the original Tenchu. Here we have a counterpoint over the two heroes known from previous editions - Rikimaru and Ayame.