A climatic adventure platform game in which we try to help a lost girl get out of a dark maze. Two fairies (the so-called "skylights"), representing the power of light and darkness, will be an invaluable help in the journey. Using their abilities will allow us to change our perspective and see all the elements important for the course of the game.

A classic, two-dimensional platformer considered a representative of the metroidvania genre, developed by Lunar Ray Games that was founded by a former employee of Microsoft and Bungie Software. The story of Timespinner is set in the fantasy universe of Ernah, created by the developer in the days of his youth. During the game we play the part a young girl named Lunaris, whose village was destroyed by invaders from another planet. 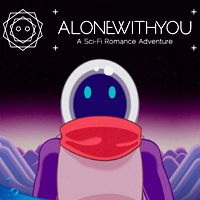 Alone With You (PSV)

An SF adventure game developed by Benjamin Rivers  the creators of the horror game Home. In Alone With You the player assumes the role of a colonist who is a lone survivor of a catastrophe that befell his base on an alien planet that will be completely destroyed in the span of a single month. You cannot leave the planet as the only spaceship available is broken and the hero has neither knowledge nor abilities to make it work again.

Rollers of the Realm (PSV)

The Hero Trap is an independent dungeon crawler game in the realities of fantasy. We go through deeper and deeper levels of the underground, fighting monsters and searching for treasures. Production is characterized by random generation of locations and the ability to instantly switch between different characters, equipped with different features and abilities. 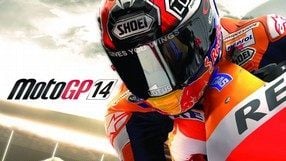 A social game in which we help the cat Toro, a Sony mascot, to find 100 friends. During the game, we connect with other players by adding them to the list of friends. Together with them, we can, among other things, expand the garden or fight opponents in the underground. The title works in the free-to-play model.

Atelier Rorona Plus: The Alchemist Of Arland (PSV)

Improved and extended by new features version of Rorona's Atelier: The Alchemist of Arland, released on PlayStation 3 in 2010. The title has completely new scenarios, a combat and alchemy system known from the latest installments of the cycle, as well as improved graphic design.

Inspired by Japanese horrors and the rich culture of the Land of the Cherry Blossom, this is an adventure game with strong sneaky accents. As a book collector, we find ourselves on the gloomy island of Kodok, where, as the trail indicates, a rare bibliophile specimen has been hidden. The deserted place turns out to be the habitat of demons, and our task will be to survive and find an escape route from the island.

OMG HD Zombies! is a game combining arcade and logic elements, in which our task is to eliminate hordes of living corpses. Each necrosis explodes on hitting a ball or part of the body of another zombie, so the fun is to cause bloody chain reactions.