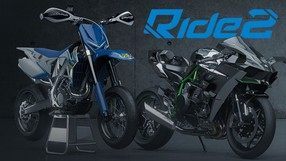 RIDE 2 is a continuation to a motorcycle racing simulator developed by Milestone and released in 2015. The player takes part in subsequent, exciting competitions coming in several single and multiplayer modes. World Tour is the main mode here and the player competes against the AI in subsequent events (there are various kinds of them) organized all over the world. The game offers over 30 tracks falling into seven categories, as well as more than 200 bikes. As for the motorcycles included, they were carefully recreated thanks to all the required licenses the creators had obtained. Similar to the previous game, high level of realism was important for the creators when preparing the second installment as well. Thus even the smallest mistakes can result in a crash and the bikes are quite difficult to control. However, numerous optional assists can be enabled, making the gameplay easier. What's more, RIDE 2 offers an extensive bike customization system allowing the player to replace over 1200 parts in their machine.

A motorcycle racing simulator created by Milestone - an experienced Italian team. It is a spin-off of the RIDE series, created to celebrate the 90th anniversary of Ducati's birth as a brand. In terms of mechanics, the game is based on the formula of the RIDE series, offering very realistic riding physics - a small mistake can cost you the race. The less experienced players were not left alone however, for the creators implemented a set of gameplay simplifications which can be turned on. In total, the game offers 39 of Ducati's most popular motorcycles, divided into seven time periods. Racing takes place on five open tracks and several classic, faithfully recreated GP circuits. Simultaneously, the game serves as a virtual museum where all the technical details of the in-game motorcycle models are waiting for the player to discover. Also, one can acquaint themselves with the bikes' history and achievements. 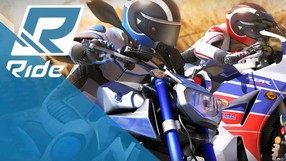 RIDE is a realistic motorcycle racing game developed by the experienced studio Milestone, creators of the well-known game series like Screamer, SBK, MotoGP, or WRC: FIA World Rally Championship. There are over one hundred motor bikes, divided into four categories, available in RIDE. We can modify all of them, in terms of both design and technical aspects. Races take place in fifteen diversified locations, among which we will find the professional Grand Prix race tracks and tracks located in cities and outside of them. As the game leans towards simulation, even the smallest mistake can cost us the entire race. At the same time, many facilities were implemented to make the driving model more arcade and enjoyable for the less experienced players. There are seven game modes available, all of them being playable in both single player and multiplayer.