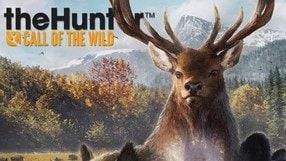 The sequel to the 2009 hunting simulation game theHunter by Expansive Worlds. You play as a hunter traversing a large (about 50 square miles) area and completing various missions connected with hunting. In the game, you can encounter a variety of animals: from the main targets, deer and boars, through birds, to insects, which are cosmetic only, but add a touch of realism to the game. Like in the original installment, the game is accurate when it comes to animal behavior and the available range of weapons and hunting accessories. Unlike the previous game in the series, utilizing the free-to-play model, theHunter: Call of the Wild is a paid production, featuring a story campaign and several multiplayer modes.

theHunter is a free online hunting simulator. The title was prepared by the Swedish studio Expansive Worlds with the substantive support of the team of Avalanche Studios - creators of the highly regarded sandbox series Just Cause.