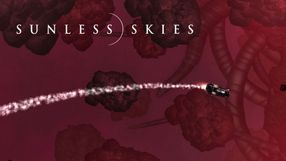 A continuation of the popular Sunless Sea developed by Failbetter Games. This time around, the action of the game is set not in the depths of an underground ocean but in the mysterious cosmic space known as “The High Wilderness”, which Queen Victoria wanted to use as a foundation for the New British Empire. The main protagonist of this story is an outcast, who objects the rule of the iron fist imposed by the Queen. During the game, a player observes the action from the top-down perspective. Gameplay revolves around exploring new locations, gathering supplies, fighting encountered enemies, and maintaining more or less friendly relationships with diverse groupings inhabiting the vast space. Similarly to the previous installment, in Sunless Skies a player has to mind his decisions, as even a small mistake might lead to the mission’s end and the death of the main protagonist. Player’s actions affect the direction of the story. Additionally, all the visited locations are procedurally generated – this makes each playthrough different and filled with diverse challenges. 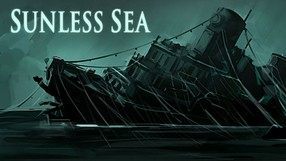 A steampunk strategy game with RPG elements, developed by Failbetter Games. The action of the game takes place in a fantastic version of Victorian England. As a captain of a steamboat, we begin the quest to explore an underground sea. The gameplay allows for complete freedom in exploring the randomly generated depths, creating a number of occasions to fight pirates and various sea monsters. The battles take place in real time, with light (or rather, the lack of it) being an essential tactical element. During the game, we gather supplies and conduct diplomacy, while the success of each journey depends on such factors as the ship’s equipment or the composition of the crew, which includes various people with unique backstories and personalities. The plot creates many occasions to make difficult moral choices that shape the game world and influence our relations with subordinates and encountered factions.