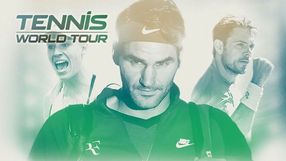 A sports game simulating tennis matches developed with PC in mind. The production was created by Breakpoint with Pierre André as its head. The developer used to be the producer of Top Spin 4, considered to be one of the best tennis simulators in history. Many other developers of the Top Spin franchise were involved in the production of Tennis World Tour. Tennis World Tour lets the players play single tennis games or follow a career of a professional player. The title features over thirty actual sportsmen, including such superstars as Roger Federer, Gaël Monfils, Angelique Kerber, and Garbine Muguruza. The players have access to various game styles, while our score depends also on preparations to a match. The creators of Tennis World Tour also put a lot of attention into ensuring realism.