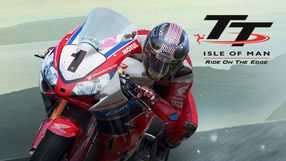 A racing game dedicated to an annual racing series known as one of the most dangerous street circuits in the world  Isle of Man TT Race, a famed motorcycle sport event that had its first edition in 1907. In 1949-1976 the event was a part of FIM Motorcycle Grand Prix World Championship, however as a result of numerous controversies following the safety of the racers and spectators the series have been removed from the championships calendar. TT Isle of Man: Ride on the Edge takes place on a virtual remake of Snaefell Mountain Course, the famed 37 mile-long circuit leading through the public roads of the island. Thanks to the official license of the event, acquired through close cooperation with the Isle of Man Department of Economic Development, the game enables us to assume the role of real participants, supported by their teams and bikes of choice.