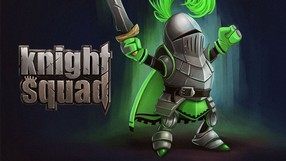 Developed by independent studio Chainsawesome Games, Knight Squad is an arcade game focusing on multiplayer gameplay for up to 8 people. Each player becomes a knight and the group fights on confined arenas that resemble levels from the classic Bomberman. Players can make use of many different pieces of gear and weapons, including swords, bows, and crossbows, but also laser guns, as well as special actions (e.g. ninja, kamikaze). You can play either in versus mode or in cooperation, where teamwork is essential to completing the objective (e.g. eliminate all enemies or protect a target). Knight Squad developers prepared a wide selection of game modes – both classic (Team Deathmatch, Capture the Flag, Last Man Standing) and original (Grail, Soccer, Gladiator). If none of your friends are around to play with you, you can always play with AI-controlled allies.