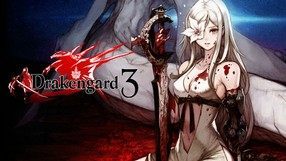 Drakengard 2 is the work of Square Enix, behind the production of the popular Final Fantasy and Kingdom Hearts series. This position is a combination of RPG and action game, and the whole is watered with a mysterious, Japanese atmosphere.

An arcade action game in the fantasy world, in which we fly a dragon and sow pogroms among countless enemies. As a former prince of the Union, we intend to inflict a powerful blow on the sinister Empire as compensation for earlier murders and destruction. During the game we can ride a flying mount, use dozens of spells and various weapons.