Alter Ego is a classic point & click adventure game, produced by the Czech Future Games studio, known also from other well accepted titles in our country: Black Mirror and Nibiru.

So Blonde: Back to the Island (Wii)

So Blonde is an adventure game released by Anaconda, for which the script was written by Steve Ince, the author of stories for such games as Broken Sword or Beneath a Steel Sky. This guarantees good fun, an interesting story and, above all, an extraordinary sense of humour.

The Grim Adventures of Billy & Mandy is a ruthless virtual fight from Midway Games studio. The game was created on the basis of a television animated series of the same name (the Polish title is: Dark Adventures of Billy and Mandy), aired by Cartoon Network and created by Maxwell Atoms.

A combination of a well-known series of music games with extremely popular blocks. The title offers a lot of fun for the whole family and many well-known rock hits.

The Adventures of Tintin: Secret of the Unicorn (Wii) 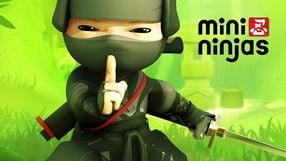 Another virtual adaptation of Alice's adventures, set after both novels by Lewis Carroll. The game was based on a film by Tim Burton, a master of the grotesque known from such productions as Nightmare Before Christmas, the first two Batmans, or the Headless Rider.

A set of funny scenes and mini-games telling the adventures of characters known from the popular series for young people shown at Nickelodeon station. The creators prepared a special, separate story for the game. At the same time, we also get the opportunity to create our own episode of the series. 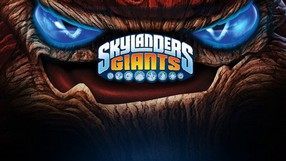 Project Zero 2: Wii Edition is the technical capability of Nintendo Wii remake of the loud hit from PlayStation 2 and Xbox. The plot of the game depicts the fate of twins - Mio and Mayu Amakura, who accidentally end up in a village shrouded in eternal darkness. Soon it turns out that its immaterial inhabitants want to sacrifice the girls in a ritual sacrifice. The sisters, armed only with a camera, have to face terrifying creatures from the hereafter and get out of a deadly trap.

Mario Kart 64 is the next installment of the cycle, launched in 1992 and coming from the Nintendo stable. This time the main theme is not the fight against all the evils of the world by the fearless Mario - the protagonist, together with his friends and the biggest enemies, stands for sporting competition behind the wheel of go-karts.

In WarioWare: Smooth Moves is not an important story - the whole gameplay comes down to performing short (sometimes lasting only a few seconds) arcade or logical tasks. Two hundred mini-games of this type are available.

DJ Hero is another music brand of the great publisher Activision Blizzard. The extremely popular Guitar Hero allowed you to take on the role of an ascending rock star, and thanks to DJ Hero you will become a self-plucking, mixing, jumping and making smooth passages with a discjoke.

Red Steel is a first-person action game designed by specialists from the Paris branch of Ubisoft Entertainment. According to the creators, the game is a demonstration of the capabilities of the Wii console.