Wii Fit U is the third installment of the popular series created by Nintendo, which thanks to a set of mini games allows you to improve your fitness and exercise using the Wii Balance Board device. 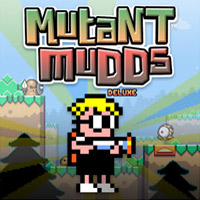 Complemented by an additional horizontal version of the highly acclaimed 2D platformer, in which players fight against alien invasion. A characteristic feature of production is the possibility of jumping between two perspectives - the main plan and the background.

Three-dimensional slot machine shooter using the advanced features of the Wii U GamePad controller. We control a microscopic ship and eliminate deadly viruses that threaten mankind as a whole. We manage the energy cannon settings, buy upgrades and fight powerful bosses on their own or in cooperation mode for two players.

Another set of mini games for the whole family released on the Nintendo console. This time the whole is adapted to the capabilities of Wii U and uses a new controller - GamePad - and allows you to have fun on both a shared and split screen.

The Croods: Prehistoric Party! is a compilation of logical-skillful mini-games inspired by the animated film "Krudowie". (2013). The production was created for a multiplayer game in which up to four players can take part. The development was undertaken by Torus Games studio in cooperation with Disney Pixar label animators.

Wheel of Fortune is an adaptation of an extremely popular quiz show. The game of Pipeworks Software studio allows players to play the role of participants of the TV show and try to guess the letters of the password hidden on the board.

An episodic action-adventure game which is the debut project of a Portuguese developer Game Studio 78. Hush tries to approach numerous human fears and anxieties  those which human beings are subject to during their childhood, and those that we experience everyday. Each episode contains 3 chapters, focusing on a chosen phobia, e.g. darkness, ghosts, lightning, clowns, or spiders. 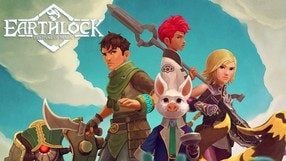 The Girl and the Robot

This is the debut of Flying Carpet Games - members of the studio that formerly co-created many popular mobile games. The game offers a third-person action-adventure experience offering a story about a girl imprisoned in a castle, built using ancient technology, by an evil queen. However, the protagonist manages to cast off the invisible shackles with the help of a multipurpose robot.

An independent action-adventure game developed by Yanim Studio. We assume the role of Divine, a goddess tormented by an unknown malicious entity. To get to the bottom of the problem, the heroine embarks to explore the Planet, a living being representing her psyche. This unusual world is divided into two zones: neutral, consisting of the planets surface, and dark, known as the underworld, guarded by terrifying bosses.

A pleasant arcade game, in which you fly a small spaceship and explore an alien planet, while trying to avoid various dangers. The locations are full of ruins and still active defensive computer systems, left by the locals. You task is to discover the secrets of this place. The ship you fly is in the air and you steer it by using its maneuvering engines. The ship's cockpit and other important information are shown on the Wii U's gamepad.

A two-dimensional platform game developed by Mixed Bag, an independent duo responsible for the well-received Futuridium EP. The player assumes control over the titular research probe that is tasked with exploring an uncharted, hostile planet in search of a powerful energy source that emanates from its core. forma.8 sees us traverse a hostile world in a manner similar to other metroidvania titles.

A platformer set in a fantastic and slightly steampunk version of the Japanese Middle Ages. The graphic has 3D graphics, but we move in two dimensions. The authors placed great emphasis on the combat system. It allows you to lead many different attacks and use axes, shurikens and hook-ended chains, among others.

Scram Kitty and his Buddy on Rails

An original combination of a two-dimensional platformer and a shoot'em up game. Players take on the role of a hero armed with laser guns, who tries to save cats trapped in a space station by superintelligent rats. Players move around the orbital station on a levitating disc, sticking to the magnetic walls.