The Wonderful 101 is an arcade action game in which we control a group of superheroes fighting against an invader from space. The team can take various shapes, turning into huge weapons and objects useful in combat and exploration.

A sports game that allows you to conduct professional fitness training in your own home. The title contains many play modes and hundreds of exercises of different levels. We can share our progress in building an athletic silhouette through the network with our friends.

A set of more than 20 arcade mini games, which were created for fun with friends and family. The main characters of the production are mischievous rabbits, who have been mascots of the Rabbids series for years. The game takes advantage of the capabilities of the Wii U console gamepad and offers unique opportunities for multiplayer fun.

FPS game maintained in the convention of humorous horror. The action takes place in London and our task is to repel the invasion of aliens. In addition to the campaign, there is an interesting multiplayer where one player uses a traditional pad to control the hero and the other uses the Wii U controller to play the role of aliens.

The next installment of the casual mini-game series, created for the first time for the Nintendo Wii U console. We take part together with friends or family in various competitions aimed at selecting a real champion of the event. Among them is, among other things, cymbergaj or throwing a ball into the basket.

The Croods: Prehistoric Party! is a compilation of logical-skillful mini-games inspired by the animated film "Krudowie". (2013). The production was created for a multiplayer game in which up to four players can take part. The development was undertaken by Torus Games studio in cooperation with Disney Pixar label animators.

Another set of mini games for the whole family released on the Nintendo console. This time the whole is adapted to the capabilities of Wii U and uses a new controller - GamePad - and allows you to have fun on both a shared and split screen.

Three-dimensional slot machine shooter using the advanced features of the Wii U GamePad controller. We control a microscopic ship and eliminate deadly viruses that threaten mankind as a whole. We manage the energy cannon settings, buy upgrades and fight powerful bosses on their own or in cooperation mode for two players.

Farm management simulator with a pinch of salt. We play the role of a beginner farmer and take care of the best possible well-being of animals, expand farm facilities and repel aliens' attacks. This title has been specifically designed to take advantage of all the possibilities offered by the Wii U GamePad controller. 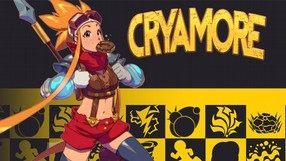