A first-person shooter belonging to one of the most popular game franchises ever created. The player witnesses an alternative course of the Second World War, in which Hitler struggles to create an army of undead super soldiers. The player is put in the shoes of B.J. Blazkowicz - an American commando, whose task is to eliminate the source of the threat located in the titular Castle Wolfenstein.

A dynamic action game with numerous car chases, shootouts and melee battles, inspired by Hong Kong-style karate films. By many players it is called the Far East equivalent of GTA: Vice City.

A racing game licensed by a well-known Stuttgart-based car corporation, thanks to which more than 120 different types of four-wheelers from Stuttgart have been made available to its users - from luxury limousines to racing cars.

A virtual adaptation of a cinematic image under the same title, with Will Smith and Martin Lawrence in the leading roles. During the actual game, we lead one of the two main heroes policemen from a drug squad in the U.S. city of Miami.

The Suffering is a three-dimensional action game that combines the features of a brutal product called Manhunt and virtual horror movies like the Resident Evil and Silent Hill series. The main character, Torque, is awaiting execution at the Abbott prison (Carnate Island). However, in unexplained circumstances there is an invasion of a multitude of monsters from nightmarish dreams. 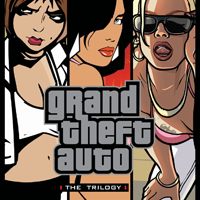 The first part of the famous series of horrors. The player takes on the role of a young girl who finds herself in a ghosted estate. "Fatal Frame" is distinguished by the unusual course of fights with the use of a camera.

The player takes on the role of Derrick, a soldier who wakes up in a sterile laboratory, having no idea how he found his way there. It also turns out that in a few moments the laboratory will be destroyed by an elite military unit. With the help of the mysterious Alex, our hero avoids death at the last minute. Now he only needs to discover how miraculously he is in this place, who he is, and at the same time get rid of warriors with superhuman abilities who threaten the world.

The Lord of the Rings: The Return of the King (XBOX)