The Lord of the Rings: The Return of the King (XBOX)

Expansion of the action game, which was developed by MercurySteam Entertainment development studio. During the game we play the role of a robot - D-Tritus, who arrives in Chimera, the capital of a huge asteroid called Scrapland. 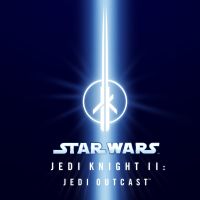 Classic survival horror genre. As James Sunderland, you find yourself in the strange, abandoned town of Silent Hill. The moments spent with his deceased wife come back like a fog. Why? You must learn this yourself by playing one of the most horrifying horrors in the history of games.

A direct sequel to the first installment in the series of adventures of Ryo Hazuki, a martial artist who arrives in Hong-Kong to find the murderers of his father. The game, developed by an in-house studio belonging to Sega, allows you to explore several large districts of the Pearl of the Orient, including the Aberdeen Harbor, Wanchai, and Kowloon.

"Dino Crisis 3" is another production from the popular series of adventure games from Capcom. Its main advantage is the combination of two elements - survival horror style from the series "Resident Evil" and powerful, terrifying dinosaurs.

Action/adventure game with the main focus on action, in which players become the best and most dangerous agent in the world. Our task is to stop the cruel criminal Rafael Drake and his criminal organisation from taking control of the whole Earth.

Brothers in Arms: Earned in Blood is the next installment of a series of tactical shootouts that took place during World War II. After the big success of the first game entitled Road to Hill 30, the authors from Gearbox Software decided to continue the topic. The new program appeared on the market only a few months after the original.

The Movies is an economic strategy produced by the Lionhead Studios development team. The action of the game was set in the period of the so-called "golden years" of Hollywood, and the player plays the role of a debuting film producer, whose duties include hiring actors, searching for scripts and providing financial support. The creators carefully recreated the history of cinematography.

The fourth installment in the bestselling series of arcade racing games, the main selling point of which is causing spectacular traffic collisions. Developed by Criterion Games, Burnout Revenge contains the essence of all the previous installments. The game offers an extensive single player campaign, World Tour, which includes locations based on real-life cities (for example, Detroit, Tokyo, and Rome), a split-screen mode, and a network multiplayer mode.

RollerCoaster Tycoon is an economic strategy developed by Microprose. Players have the task of managing a virtual amusement park, taking care of its development, generated profits and visitors' satisfaction. The game also allows you to design your own attractions, including the title mountain queues.

Black Buccaneer is an expanded action/TPP game with action-adventure elements and a hint of horror. The plot of the program takes people sitting in front of computers to the Caribbean a few centuries ago and depicts a pirate world where the mystical powers of voodoo are the order of the day.

The third installment of the racing series created by the Codemasters company, dedicated to the racing struggles of Touring Cars class vehicles. TOCA Race Driver, otherwise known as Pro Race Driver, V8 Race Driver or DTM Race Driver, makes up the next generation of rally games, which combine a highly realistic driving experience with the cinematic momentum of scenes straight from the racing track.