Banjo-Kazooie is a remake of a popular game with Nintendo 64 with the same title. It is addressed to all lovers of a nice bear and its bird companion. 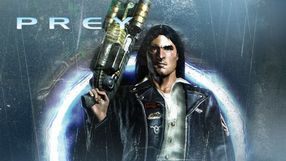 A science-fiction FPP shooter, known as the legendary „in-development” game from the 90s. Human Head Studios, a new developer, had taken over the project from the legendary 3D Realms. The main protagonist of Prey is Tommy, a Native American, who along with his girlfriend and granddad has been kidnapped by Aliens. After waking up on board of an alien spaceship, Tommy decides to takes matters into his own hands and destroy all aliens in his path.

A spin-off installment in the Dead Space survival horror series which combines elements of logic games and interactive comics. Anthony Johnson, the author of the comic books that accompanied the launch of the original Dead Space, was involved in the title’s production. The game is a prequel to Dead Space 2 and its action is set on the colony of Sprawl, several hours before Isaac Clarke’s arrival.