A refreshed edition of the classic spin-off of the popular Resident Evil series, which was originally released in 2000 on the Dreamcast console, and then in a slightly enhanced version for the PlayStation 2 and GameCube. In the game we direct the actions of siblings Claire and Chris Redfield, who try to escape from the Rockfort Island, which belongs to the Umbrella Corporation.

Tactical third-person shooter (TPS) that came out as a spin-off to the XCOM strategy series. The game was developed by 2K Marin, best known for making BioShock 2. The Bureau: XCOM Declassified is set in 1960s, showing the early stages of the war between XCOM and aliens who invaded the Earth. The main hero – agent William Carter – gets sent to places where aliens have been spotted in order to wipe out the invaders. 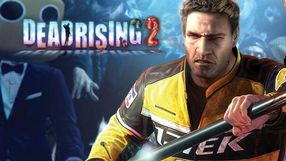 Action RPG adventure set in the realities of fantasy, produced by Spiders studio. Playing the role of an elpha or fairy, you will have to travel through the magical land of Avalon, which is inhabited by various fantastic creatures. The fight was presented in turn-based form, and our characters can fly to explore unknown areas more comfortably. 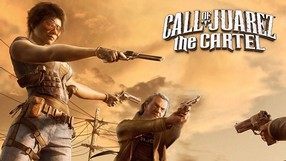 The third installment in the FPS series by Polish studio, Techland. This time the game’s setting was shifted to modern times, and the story is focused on the struggle with the eponymous drug cartel. The players control a special team that was established to solve the problem of cartel bosses. The team consists of Kim Evans, Eddie Guerra and Ben McCall – a descendant of Ray McCall. The game’s foundation is, again, the story campaign, which can be played either solo or in cooperation.

The third installment in the series of adventures of the eponymous friendly hero. Released for PC Windows and consoles, the game is an action platformer. Rayman and his friends, Globox and Murfy, have to face the army of Hoodlums. As you play, you explore new, colorful locations, from beautiful, magical places to ruined areas inhabited by hostile creatures. Visually, the game looks better than the second installment — the textures and animations have been improved.

Special, expanded version of the fifth installment of the bestselling Resident Evil series, prepared by Capcom especially for the users of seventh generation consoles. In addition to the base game released in 2009, the edition also includes two story-based DLCs, published after the release of the original.

Naruto: Rise of a Ninja

Released exclusively for Xbox 360, it is an action game belonging to the popular Naruto franchise. The game is the first installment in the series not to be developed by the Japanese - instead, the game was created by a Montreal-based studio belonging to Ubisoft Entertainment. In terms of mechanics, Naruto: Rise of a Ninja resembles famous open-world action franchises, such as Grand Theft Auto or Saints Row.

Perfect Dark Zero is a FPS game in which we play as a female tenant and spy, Joanna Dark. The production is a precursor to the famous shootout also produced by Rare's team.