Tennis is the first game in the history of Electronic Arts, dealing with the subject of tennis. It is the only product on the market to have an official licence for the Wimbledon tournament.

Fourth official extension to Fallout 3. This time we go to the swamps, fighting new types of opponents and completing ten extensive quests. The add-on focuses on exploring and searching for secrets in a new environment, offering dozens of different locations to visit.

Arcade game with the title stuntman in the lead role, created by Hello Games studio. The main aim of Joe Danger's fun is to perform dangerous tricks, beat records and entertain the audience.

The next installment of the well-known series of Japanese tactical RPG games. The work tells the story of events taking place before the story known from the original published in 1996. 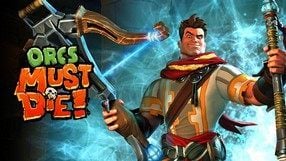 Naughty Bear is a production of Artificial Mind and Movement studio, known so far from WET game. Like its predecessor, Naughty Bear is also a rather controversial title.

The first DLC expansion for 2010's Castlevania: Lords of Shadow. The Reverie expansion is set between the ending and the epilogue of the core game. The player once again assumes the role of Gabriel Belmont, who decides to help the Queen of Vampires by the name of Laura - a former subordinate of Carmilla, whom Gabriel defeated in the base game. Both the characters set out for a dangerous journey, during which they encounter powerful, dark forces awakened after the defeat of Lords of Shadow.

Based on the popular film arcade licence, in which we again play the familiar martial arts panda. Fun mechanics is about crossing vast levels and fighting crowds of enemies. The adventure is diversified by simple logical puzzles appearing from time to time.

Bakugan: Battle Brawlers, created by Japanese developer NOW Production, is based on the popular anime series under the same title.

A spin-off of the popular series of games developed by Volition. The title concentrates on multiplayer and it is an introduction to the next full-fledged installment of the series, Red Faction: Armageddon. In the game the player takes control of special, customized vehicles which complete with each other on the arenas of Mars in several gameplay modes such as Deathmatch, Team Deathmatch, Capture the Flag and King of the Hill.