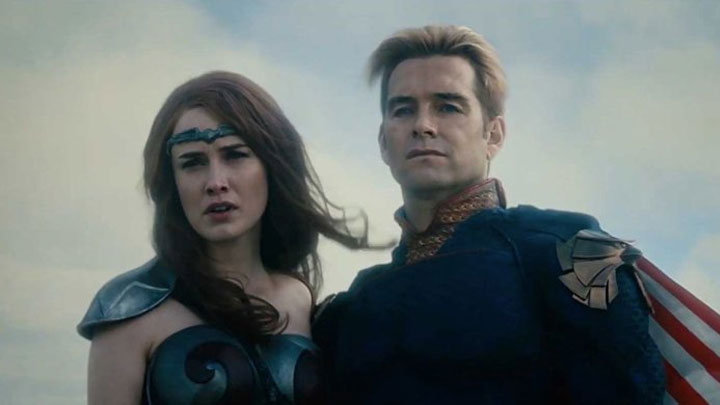 The Boys turned out to be a big hit.

For several weeks now, we have known that The Boys has become one of the most watched productions created by Amazon Studios. Only the scale of this success was unknown. It turns out that the popularity of the production is topping Marvel's TV shows.

Streaming websites are reluctant to share their ratings, so analysts need to rely on other methods to determine the success of the productions available in such services. Parrot Analytycs calculates "demand," based on social networking comments and video downloads from illegal sources.

According to Parrot Analitics, three weeks after the premiere, The Boys' interest was expressed 50 million times a day. For comparison, in the case of Marvel's series on Netflix, the leader is Jessica Jones, who, after a similar time since the premiere, could boast 20 million expressions of interest a day.

Metro.co.uk, which reports on the popularity of The Boys, does not specify whether the show outperforms all TV productions belonging to the Marvel franchise or only those available on Netflix. However, it is safer to assume that it is the latter option, as the article only mentions such titles as Daredevil, Jessica Jones, Iron Fist, Luke Cage and Punisher. Of course, there is also the possibility that these productions are more popular anyway than e.g. Agents of S.H.I.E.L.D..

Moreover, according to Parrot Analytics, The Boys has already become the biggest hit in the history of Amazon Studios, and not just "one of the biggest". It is not surprising, therefore, that the company quickly ordered the second season, for which the shooting is already in progress.