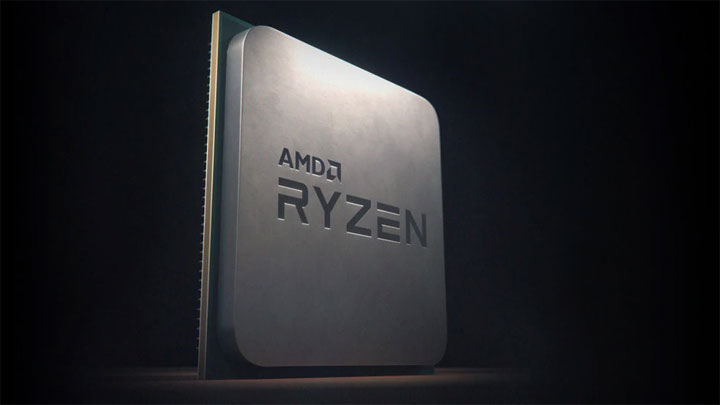 AMD is doing better and better in the CPU market.

AMD's management has reasons to be satisfied. The company's CEO, Dr. Lisa Su, has boasted that the Ryzen family currently accounts for more than 50 percent of all premium CPUs sold in many major chain stores.

These aren't just boasting. Wccftech has reviewed the bestseller lists of many stores and came to a similar conclusion. In March, AMD products accounted for 88% of sales and 84% of revenues in the processor category on the German store Mind Factory. For the time being, results for April have not been announced, but they may be even higher, as AMD CPUs accounted for 89% of sold units and 85% of revenues in the last week of last month. 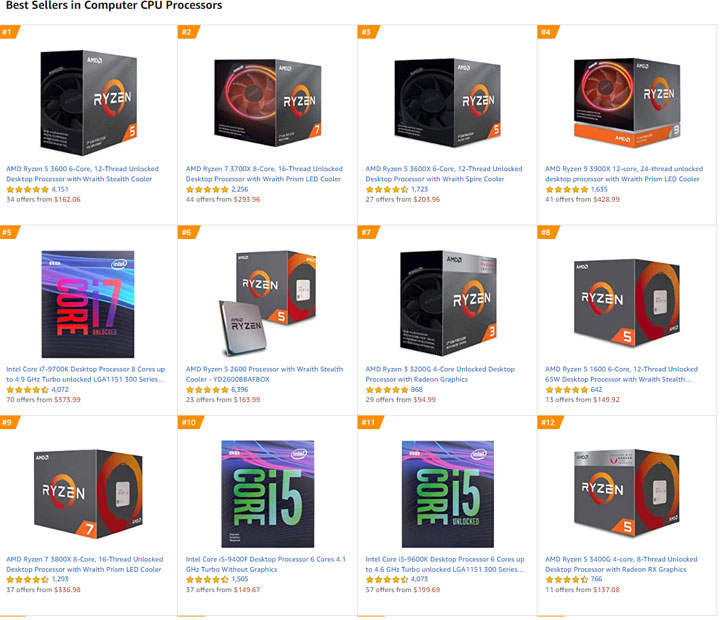 In addition, eight of the top ten best-selling processors on U.S. branch of Amazon are various products from AMD. The leader is the 6-core Ryzen 5 3600, and the first item with the Intel logo can only be found in the fifth place. Moreover, there are weeks when there are no Intel products in the top 10.

These trends are also confirmed by the analysis of CPU Benchmarks, a company creating performance tests. As of May 1, Intel's CPUs still dominate PCs using this developer's benchmarks, but the difference is getting smaller. AMD's CPUs are currently used by 33.9% of users, while a year ago it was 23.1%. Recently, the two companies were close to a match at the beginning of 2006 and a repetition of this situation would be a great victory for Ryzen. 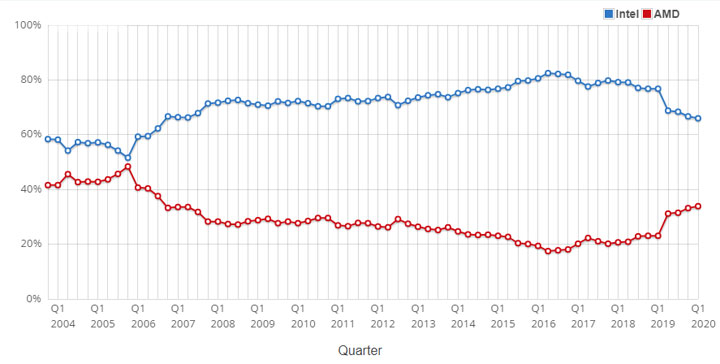 AMD has been systematically reducing the distance to Intel among users of CPU Benchmarks' apps for the last two years.

It is also worth adding that, according to the analysis of The European Hardware Association group, which associates the largest technological media in Europe, as much as 60% of PC enthusiasts prefer AMD's CPUs. Interestingly, the vast majority of them also prefer Nvidia graphics cards.