Polish developer People Can Fly is working on its first two independent projects since 2011s Bulletstorm. In 2012 the studio was acquired by Epic Games and promptly renamed to Epic Games Poland. A year ago, however, the team got their independence back and restored their old name. Now, with a new boss at the helm (the previous CEO, Adrian Chmielarz, founded his own studio  The Astronauts  which then gave us The Vanishing of Ethan Carter), People Can Fly is developing an AAA shooter, which is going to be officially announced in 2017. The CEO of the studio, Sebastian Wojciechowski, told us:

Weve been working on it since the beginning of the year. Before that, we were polishing the concept. So for any details you'll need to wait until next year. 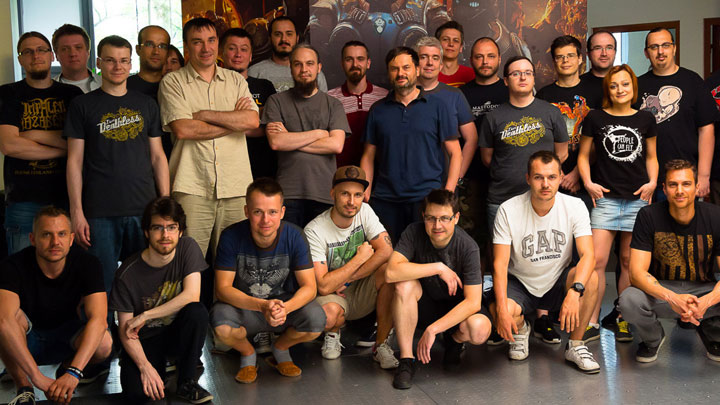 People Can Fly regained its independence and is now making two new games. One of them will be revealed this year.

Although it is still early in development, People Can Flys new game has already got a publisher. Unfortunatelly, they are not telling who it is  whether its Epic Games or someone else. There is also virtually no info on the gameplay. However, considering the studios past works (the original Painkiller, Bulletstorm) we can expect a pure-bood, dynamic FPS. Although this isnt exactly what Wojciechowski said, this is probably what he meant when saying:

I assure you that the mere fact of acquiring a publisher at such an early stage is a testament to our vast experience. And that's what were using in the development of the game.

The second project from People Can Fly is going to be smaller. The studio will shed some light on this one in 2016. Right now, however, we known nothing about the game  be it a shooter or something else.

For more news on People Can Flys current affairs and future plans read our interview with the studios CEO, Sebastian Wojciechowski: