Renaissance of Cyberpunk 2077 continues. Sunday's activity record was even higher than Saturday's, at 136 724 concurrent users on Steam.

CD Projekt RED's game is also selling brilliantly. As of yesterday, it is the biggest global bestseller on Steam among video games. Higher revenue is generated only by sales of Steam Deck, which is not surprising, considering that the device costs almost ten times more. 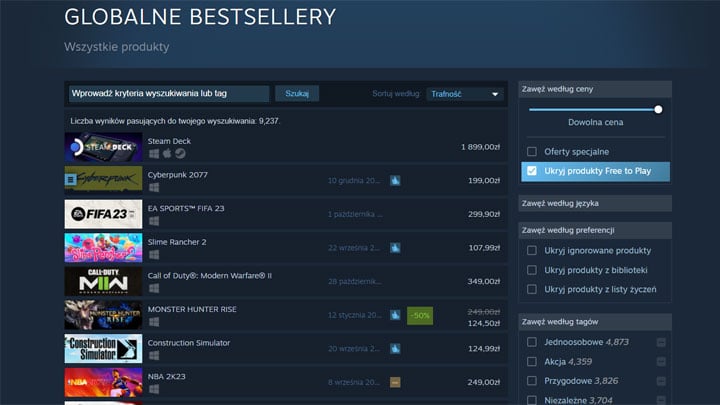 Cyberpunk 2077 is still on the rise and continues to impress with its performance.

Reasons for the renaissance of Cyberpunk 2077 are many. The game is helped by the warmly received patch 1.6 and an attractive 50% discount. Previous major updates and discounts have also increased activity, but not to such a high level. This time, however, they are accompanied by an excellent anime Cyberpunk: Edgerunners released on Netflix. As you can see, the animated series has successfully encouraged many players to return to the game or check it out for the first time. These people are discovering that the current title is something much better than the rough version from the launch, and as a result they are staying in Night City for longer.

Finally, it's worth mentioning that this isn't the first time a Netflix production has led to a renaissance in CD Projekt RED's game. The aforementioned activity record of The Witcher 3 was achieved after the live-action series The Witcher reignited gamers' interest in Wild Hunt.