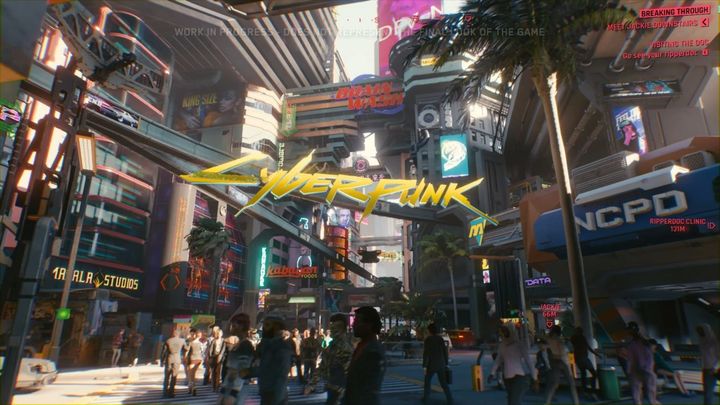 One of the topics that made big waves in recent weeks is the issue of Metro Exodus, whose PC version will be exclusive for the Epic Games Store platform. Many players are wondering what other games will Epic Games games get for their store, and one of the most famous titles mentioned in this context is Cyberpunk 2077  the long-awaited RPG/shooter hybrid by CD Projekt RED studio.

It seems that the aforementioned developer is not interested in signing such an agreement with the creators of Fortnite. A short message on Twitter, in response to a fan's question, leaves no doubt about it.

The answer is not particularly surprising given that CD Projekt has its own digital distribution platform  GOG.com. If Cyberpunk 2077 were to be an exclusive title for any shop, it would be that one. However, even such a move would pose a great risk to the company  the reach of Steam is incomparably greater, and the stats show that the REDs latest hit  The Witcher 3: Wild Hunt  still sells reasonably well on Valves platform even today. What's more, although the console editions were more popular in the year of release (2015), in the following years it is the PC edition that generates the lion's share of the revenue.

We would like to remind you that Cyberpunk 2077 has no specific release date yet  we can only hope that the recent departures from CD Projekt RED will not contribute to the delay of this title. The production is planned for PC, PlayStation 4 and Xbox One. In Eastern Europe, the game will be released by the CD Projekt itself, and in other European countries it will be handled by Bandai Namco Entertainment. The American publisher is Warner Bros.