Another photo from the new Dune movie

The closer we get to the end of the year, the hotter the atmosphere surrounding the new screen adaptation of Frank Herbert's iconic novel Dune becomes. Not so long ago we had the opportunity to see the first photos from the film. Now another one, published by the Empire magazine, has seen the light of day. You can admire it below.

The photo shows a fragment of a scene in which the shocked Paul Atreides, accompanied by his teacher, Gurney Halleck, looks at the surface of the sandy planet Arrakis. This will be quite an important moment in the film. This is how Denis Villeneuve, the director of the upcoming film, describes it in his statement for Empire:

Its Pauls first contact with the deep desert, where hes mesmerised by it. He has a strange feeling of being home. Theres a lot of action at this specific moment, and [its] one of the scenes in the movie that Im starting to get pretty proud of.

Frank Herbert's Dune, the first part of a long SF novel series, tells the story of the House of Atreides living in the distant future. The family receives the planet Arrakis (known as the eponymous Dune) as a fief from the galactic Emperor. It is an extremely important place on the map of the universe - it is there that the substance called the spice melange is extracted, which allows for prolongation of life and clairvoyance necessary for space travel. Unfortunately, soon after the Atreides arrive to the desert globe, things start going south very quickly for them. 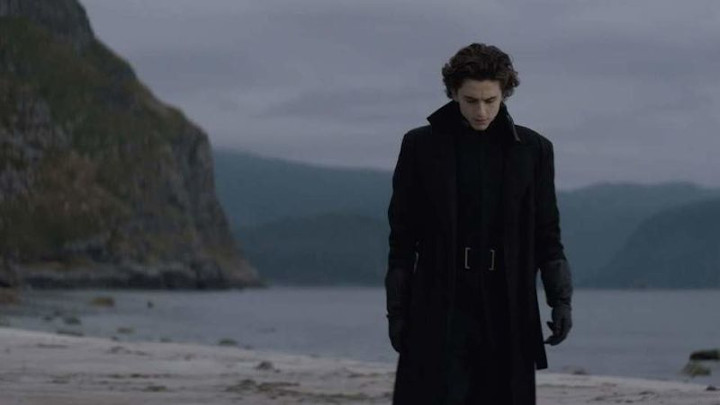 Denis Villeneuve's Dune promises to be one of the greatest hits of the year.

Villeneuve and his crew decided to split the story presented in Frank Herbet's Dune and make two films. The first one will debut in cinemas on December 18, this year, starring Timothée Chalameta (Call Me by Your Name, Lady Bird), Rebecca Ferguson (The Greatest Showman, The Girl on the Train), Dave Bautista (Guardians of the Galaxy, Blade Runner 2049), Stellan Skarsgard (The Avengers, Pirates of the Caribbean), Charlotte Rampling (Swimming Pool, Broadchurch), Oscar Isaac (Inside Llewyn Davis Ex Machina), Javier Bardem (Skyfall, No Country for Old Men) and Jason Momoa (Aquaman, Game of Thrones, Conan the Barbarian), who recently described his character as someone like Han Solo.

However, the new photo from Denis Villeneuve's Dune is not the only surprise received by fans of the universe created by Frank Herbert. The American publishing house Boom! Studios has announced (via JoBlo.com) that it has acquired the rights to the novel Dune: House Atreides by Brian Herbert and Kevin J. Anderson. The action takes place 35 years before the events presented in Dune and we can read about the early fate of the characters known from the pages of Frank Herbert's book. Boom! Studios will create a comic book series consisting of twelve issues, based on House Atreides. 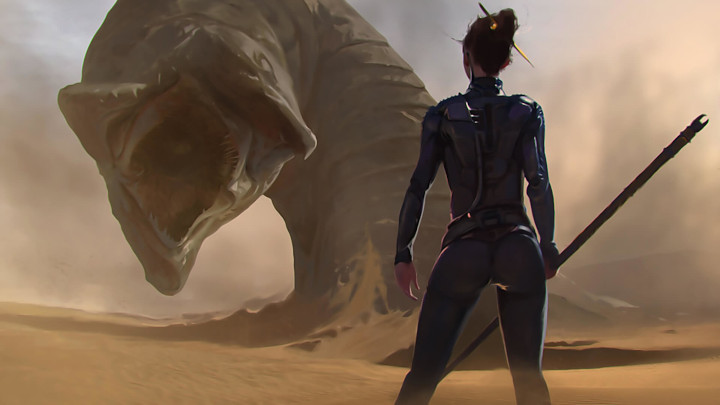 Will the comic book adaptation of House Atreides be a success?

Kevin J. Anderson expressed a very positive opinion about the House Atreides comic book project. To quote his words from an official statement:

Its been more than twenty years since Brian and I published House Atreides, the first of our new novels set in Frank Herberts Dune universe, Kevin J Anderson said in a statement about the project. We loved exploring all the possibilities Frank created for us, and those books introduced a whole new audience to Dune. Now, in adapting House Atreides into a vibrant graphic format, its like rediscovering the story and the world all over again. So much of the novel is visually driven, the union of comics and House Atreides is a natural.

So far, we do not know when the comic book version of Brian Herbert and Kevin J. Anderson's book will make its debut.

Bannerlord - Disloyal Lords Becoming a Serious Issue in the Game