Leak: New Star Wars Saga Will Begin With a Game in 2021

According to the latest reports, Disney and Lucasfilm are planning a different approach to the creation of the next Star Wars saga. Related works will be released not only as films, but also as games, books and comic books, and are to present separate, albeit related, stories (as it is in MCU).

NiNoKuni, a feature-length animated film based on the popular jRPG series, will debut next week on Netflix.

Uncharted movie lost its director... for the sixth time. This time, after less than three months, Travis Knight, who was behind the warly-received Bumblebee, resigned from the post.

According to The Hollywood Reporter, the film Cats, directed by Tom Hooper, received a post-premiere patch like a video game. This is the first time that a film is updated while it is still being shown in cinemas.

Yesterday, Fortnite hosted an event that featured a fragment of the upcoming Star Wars 9: The Rise of Skywalker. In addition to the pre-release screening, the players could also take part in a battle with lightsabers.

Sony Pictures released the first trailer of Ghostbusters: Afterlife. The third (or rather fourth) part of Ghostbusters will debut in the middle of next year.

After a week's delay, Alzur's Legacy / Half Century of Poetry Later, a fan production set in the Witcher universe, finally made its debut on YouTube.

The creators of Alzur's Legacy (Polish title: Half Century of Poetry Later), a fan-made film set in the universe of Andrzej Sapkowski's books, decided to postpone the premiere on YouTube. The movie will debut on December 7.

J.J. Abrams announced the end of the post-production of Star Wars: The Rise of Skywalker. On this occasion, a short fragment was presented showing the chase on planet Pasaana. By the way, the director revealed that the script of the film was unintentionally... put up for sale on eBay.

We have learned the list of titles that will appear in the American version of Disney streaming platform on the day of its debut. You can even watch a three-hour movie presenting them all.

During yesterday's, meeting Sony and Disney together with Marvel came to an agreement that Spider-Man will stay in MCU for some time. The new agreement includes one Sony-produced film with Marvel's help and the appearance of the title character in a future MCU production.

We got the first reviews of Color Out of Space directed by Richard Stanley. According to critics, we got a quite successful adaptation of H.P. Lovecraft's short story.

Russian TV channel TV-3 together with Central Partnership Film and TN?-PREMIER Studios will create a film based on the book Metro 2033. The film adaptation of Dmitry Glukhovsky's novel will debut at the beginning of 2022.

Keanu Reeves. Carrie-Anne Moss. Neo and Trinity will meet again on the silver screen, and the film will be directed by Lana Wachowski. Matrix will come back.

A certain fan version of the trailer for the new Lion King has surfaced on the Internet. The trailer gives this year's Disney hit a cartoon-like atmosphere, making the characters look less like real animals and more like the protagonists of a iconic animated film from 1994.

Marvel went crazy at this year's Comic-Con - the company revealed the release dates of movies and series for the next two years, announced Blade's return and that Natalie Portman will play Thor in the next movie.

The creators of the Polish fan project Alzur's Legacy boasted a new trailer, which reveals the date of premiere. What's more, we know that Eskel and Vesemir will also appear in the film.

Greg Russo, the screenwriter of the upcoming Mortal Kombat movie, revealed on Twitter that the new adaptation of the iconic fighting game series will not accept any compromise. It will be rated R and will not lack the brutal Fatalities.

Sony has announced that the movie adaptation of the Uncharted series, starring Tom Holland, will debut in cinemas on December 18, 2020. The film will be directed by Dan Trachtenberg, known for Cloverfield Lane 10, among other titles.

The trailer for I Am Mother, a dark science-fiction thriller starring Hilary Swank and Rose Byrne, has appeared on the web. The production will debut on Netflix on 7 June this year.

Disney has updated the schedule of cinematic premieres after taking over Fox's Studios. Avatar franchise gets postponed by a year and new Star Wars trilogy will arrive in 2022.

Peter Mayhew, who became famous for his role as a cult Star Wars Chewbacca, Han Solo's faithful companion, has passed away at the age of 74 in his home in Texas on 30th of April.

The second trailer of Fast & Furious Presents: Hobbs & Shaw appeared on the web. The leading roles include Jason Statham and Dwayne Johnson, who will have to face a terrorist played by Idris Elba. Premiered this summer. 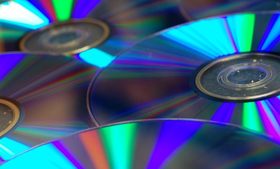 Disney+ will debut in the USA this year and the monthly fee for using the service will be significantly lower than a Netflix subscription. The company has also shared a list of planned features and attractions.

The latest film adaptation of the comic book from DC titled Shazam! is doing extremely well in American theaters. The film took over the first place in the latest Box Office US ranking, ahead of Pet Sematary and Dumbo.

Is Apple planning to reveal VOD this month? The company has sent invitations to a spring conference, which is to take place on March 25.

Lionsgate studio shared the official premiere date of Rambo: Last Blood. The film will make its debut later this year. Fans of the Vietnam War veteran have something to wait for, since the conclusion of the series should be quite ambitious.

The second trailer of Pokemon: Detective Pikachu has just made its debut on the web. The two-minute video shows the main characters, including the title yellow Pocket Monster dubbed by Ryan Reynolds. The film will be released in cinemas in May this year.

HBO presented a two-minute video presenting the original productions of this station, which will appear in 2019. We can see new shots from the final season of Game of Thrones and Deadwood.

After years of remaining in development hell, the sequel to the 2013 zombie movie World War Z 2 was canceled.

Despite the concerns of many fans Once Upon a Deadpool did not become the beginning of a new, PG13-rated chapter in the life of everyone's favorite merc.

The Super Bowl was rich with trailers of such movie and TV hits as Avengers: Endgame, Captain Marvel, The Twilight Zone, Toy Story 4 and Scary Stories to Tell In the Dark.

The real-life adaptation of an iconic cyberpunk manga from the 90s turned out how most live-action manga adaptations usually do.

The first photo of the main cast of Zombieland: Double Tap, the sequel to the popular 2009 zombie comedy, has just surfaced on the web.

Oh, bloody hell! Universal Studios has decided to postpone the release of the new DooM movie. All in order to maximize the quality of sequence that takes place in hell. The film is due to premiere this autumn.

Zazie Beetz has revealed some facts from the set of Joker in an interview for MTV News, and they are disturbing.

First shots from the upcoming film were published by Nicholas Hoult on his Instagram, revealing the main characters.

On his official Twitter account, actor Jeff Bridges published a short story in which he plays Jeffrey "The Dude" Lebowski again. More will be released on 3 February. 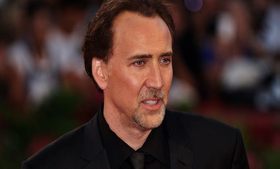 The famous actor who played a leading role in the Mandy horror and provided the voice in Spider-Man: Into the Spider-Verse, is going to take part in a story of farmers, who encounter a mysterious meteor fall.

Despite the disappointing reviews, the new film by M. Night Shyamalan did very well during the box office weekend, earning twice as much as its production costs. Also Dragon Ball Super: Broly made a solid debut.

In a financial report published recently, Netflix boasts the viewer stats of its new films and series. Bird Box with Sandra Bullock has already been seen in almost 80 million homes.

Netflix published a financial report which states that it does not compete with other streaming platforms, but with video games, especially Fortnite.

Keanu Reeves returns as John Wick. The actor, known for his leading role in the Matrix series, will play a paid killer for the third time. John Wick 3: Parabellum will make its debut in May this year.

The animated film Dragon Ball Super: Broly brought more than $5 million in profit on the day of its American premiere. Anime debuted in the United States one month after its official release in Japan.

The world's largest VoD provider has increased the price of all its packages guaranteeing access to the library of films and popular series by several percent. The increases has not reached Europe yet.

Dan Trachtenberg is the new director of Uncharted's movie adaptation. He has made Cloverfield Lane 10 and an episode of the Black Mirror series entitled Trial Version.