A few days ago in the space MMO EVE Online there was an event where more than 2000 players gathered in one place and took part in a huge battle to celebrate the birthday of a terminally ill player known as Chappy78. The 42-year-old could observe how many people from different alliances are sacrificing their most expensive ships and simply have fun just for the sake of his "birthday party". In an interview with PC Gamer Chappy confessed that it was something unbelievable and never saw a battle on such a scale. 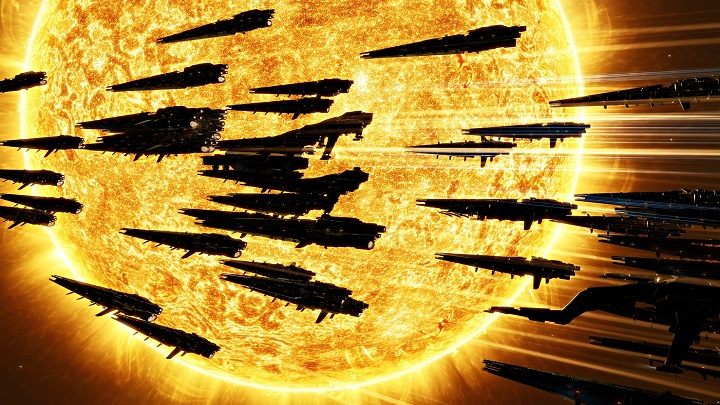 It all started when the player, after learning about a relapse, decided to spend his next birthday in the game with his friends, traversing different locations and looking for interesting fights. This idea was also eagerly picked up by others, and after Chappy's post on the community forum, thousands more players confirmed their participation in the event, which quickly turned into a huge battle. The birthday boy told in an interview about how on his birthday, a few hours before the planned event, wanting to ship one last valuable cargo, he accidentally found himself in a hostile location, where stronger players often attack weaker ones in order to get rich easily.

However, there was a nice surprise waiting for him, as the players there offered to him escort to his destination and then to the location where the party was to take place, making sure that no one would interfere with Chappy's birthday plans. Some time later, the aforementioned battle took place, the short video summary of which you can watch below.

So many players took part in the action that the developers had to increase the bandwidth of the servers and enable Time Dilation, which slows down the battle so that everything goes without any technical issues. At one point Chappy also asked the gathered players to start attacking him and destroy his ship, so he would have the nicknames of the present players (in the so-called death log) saved in one place.

An extensive interview in which Chappy talks about his illness and his adventure with EVE Online can be found here. Additionally, amazing shots from the battle are available in this album.