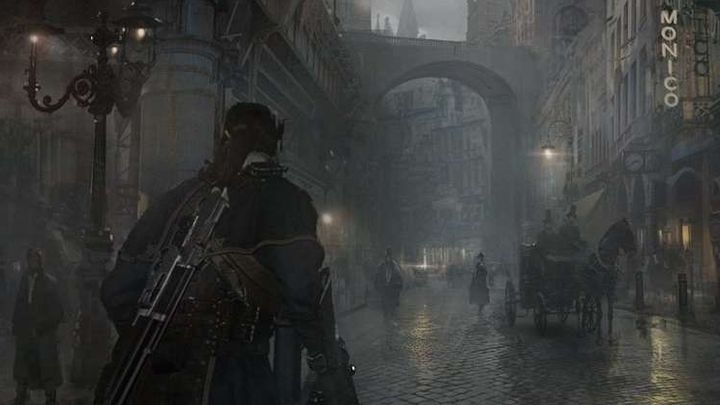 The Order: 1886 was one of the most famous projects of Ready At Dawn.

Facebook aquired Ready At Dawn, the developers known for creating one of the PS4 exclusives, The Order: 1886. The news was announced in a press release (via WorthPlaying).

Mark Zuckerberg's interest in the company is not accidental - recently developers from Ready At Dawn have been strongly involved in creating projects using virtual reality (the Lone Echo series), and Facebook, being the owner of the Oculus Rift brand, has interest in supporting this technology.

"Ready At Dawn Studios storytelling and innovation DNA were on full display in Lone Echo and set the standard for VR narrative adventure, showcasing how virtual reality offers players more immersive, memorable, and emotionally charged experiences. Today, Im excited to share that the entire Ready At Dawn team is joining Facebookand the future of groundbreaking content in VR has never looked brighter," reads the note.

In an entry published on the official website of Oculus Rift, Mike Verdu, Facebook's vice president responsible for VR/AR content, spared no compliments for Ready At Dawn.

"In addition to setting the bar for narrative VR experiences, Lone Echo re-wrote the playbook for VR movement mechanics with the debut of Ready At Dawns signature innovative continuous locomotion system and full-body IK (inverse kinematics). The zero-g mechanic is used throughout the Echo Games franchise and lends itself well to VR beginners and competitive VR esports alike.

Ready At Dawn is a veteran game developer, having shipped games to multiple platforms in the past, and a VR pioneer. Theyve created four games for the Oculus platform since 2017, including Lone Echo, Echo Arena, Echo Combat, and Lone Echo II (currently in development), all of which feature Ready At Dawns signature zero-g continuous locomotion system and full-body IK (inverse kinematics). With Facebooks latest advancements in VR technology, Ready At Dawn can readily explore a future of rich and immersive original VR content," we read.

The studio will retain a certain amount of independence and will continue to create content dedicated to the VR goggles. For the time being, their priority remains Lone Echo II - the title that the developers worked on before the acquisition.

"The studio is working on Lone Echo II, and we are eager for its launch. We are not announcing future projects at this time."

Marvel's Avengers Will Get Free Update From PS4 to PS5