Cory Barlog, the creative director of Sony Interactive Entertainment's Santa Monica Studio, is known to the community, among other things, as the father of the latest installment of the God of War series. It is possible that after a trip to the cold north, straight from the Nordic myths, his team will take us on a journey to space. Before we move on to the discussion of the clues suggesting this, we would like to point out that these are only speculations and so far they have not been officially confirmed.

He then updated his profile, changing the profile and background photos, as well as his biogram. On the first one we can see Voyager 1, a deep space probe whose mission has been going on for over 42 years. During this time, the probe not only provided us with invaluable photographs and data on Jupiter and Saturn and their moons but also became the first object made by a human being to leave the boundaries of the Solar System (which took place in August 2012). He chose a fragment of Hubble's Deep Field, a famous photograph taken by Hubble's Space Telescope, to use as new picture in the background. It shows about three thousand galaxies in a small (seemingly empty) section of the sky in the constellation of the Great Bear.

As far as his new biogram is concerned - it is written in Morse code, and its content is as follows:

After decoding, the above line gives us the following result:

While SIE may refer to the name Sony Interactive Entertainment, the fragment "55H" remains a mystery. 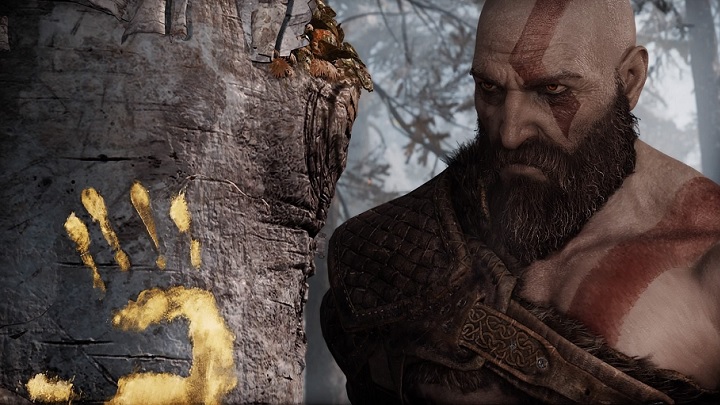 Whatever Cory Barlog means, I don't think Kratos is going into space. After all, he's got so many Nordic God left to kill...

Could it be that Cory Barlog is preparing the players to reveal a new project of the studio, which would be set in space? Well, this is theoretically possible, especially since Santa Monica Studio had already worked on a science-fiction game years ago, but it was eventually cancelled; the team is no stranger, or maybe alien, to "cosmic" themes.

On the other hand, it seems quite improbable because, after the commercial and artistic success of Kratos' latest adventure, it can be assumed with a high probability that it is the game's continuation that is now the eye of Barlog and his team's apple. Another matter is that November 7 is the so-called N7 Day, which is a celebration of the Mass Effect series, whose connections with the subject of space hardly need to be explained to anyone.

Are we dealing with the "teaser of an announcement" of a new game? Or maybe Barlog is celebrating N7 Day with the devs and fans of the Mass Effect series? What is the true meaning of the above mentioned encrypted messages? These questions can only be answered by the person concerned. Unfortunately, Barlog keeps quiet for now and does not refer to this matter, so we can do nothing but suppose.... and wait.