Have you ever wanted to get in a car and drive ahead without much aim? If so, Dead Static Drive is the game for you. Of course, from time to time the calm ride can be interrupted by a bloodthirsty beast or two, and you will never be sure whether the person you encounter will want to help you or take your life. But besides that it's a quiet, relaxing road. This is Dead Static Drive in a nutshell, a game dubbed by its creators as GTC - "Grand Theft Cthulhu".

Dead Static Drive was created across 5 years by one man - Mick Blackney. He was inspired to create this title by classic top-down racing games. Another source of inspiration were zombie movies and their dread coming from the fact that even other people were a serious threat. This is how the world of Dead Static Drive was created, in which in order to survive we will have to watch out not only for tentacle monsters, but also for other survivors. This idea was liked by developers from Team Fanclub, who decided to support the lonely dev. As a result, the work on the game has started in earnest and we will be able to see its effects already this year.

As I mentioned before, Dead Static Drive is supposed to be a journey - the developers are planning to take us on a trip along Route 666. Only that it's not supposed to be an ordinary ride - strange things are going to happen around us, not encouraging us to stop. However, our character is supposed to feel basic needs and fatigue, additionally we will have to watch the fuel gauge. All of this is to force us to make regular stops and explore the surounding in order to find useful things and resources. But beware, that's where we can be jumped by monsters in all sorts of forms and, what's worse, other people. Monster want only one thing - to kill us. With people, you never know... 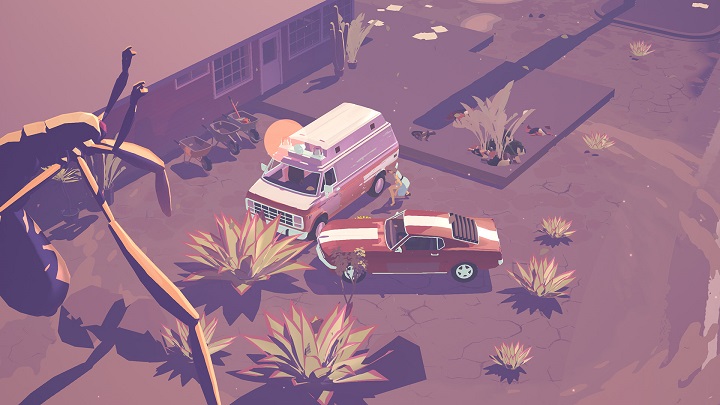 Where did I left that insect spray?

The game is largely based on exploration - what's interesting, it won't be only horizontal. Many buildings are to have floors, roofs or elements to jump on. The world is to be filled with collectibles that will make it worthwhile to thoroughly search the invironment. The exploration will also allow us to find new vehicles, each of which is to stand out with unique statistics and have its own strengths and weaknesses. Cars can also be stolen from their rightful owners... but we can be sure that the latter will not like it.

The materials presented so far present a nice, though modest, pastel-colored graphics, slightly resembling that of Oxenfree. 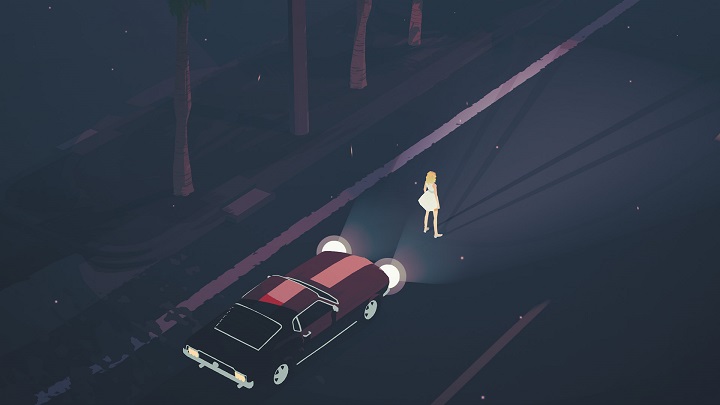 Below you can see the estimated hardware requirements: