Sony Interactive Entertainment has provided PlayStation owners (PS3, PS4 and PS Vita to be precise) with an extensive summary of the past twelve months. Interestingly, based on the acquired data, anyone can obtain a special title, which entitles them to receive awards in the form of a dynamic PS theme and one of seven thematic avatars reflecting their achievements. 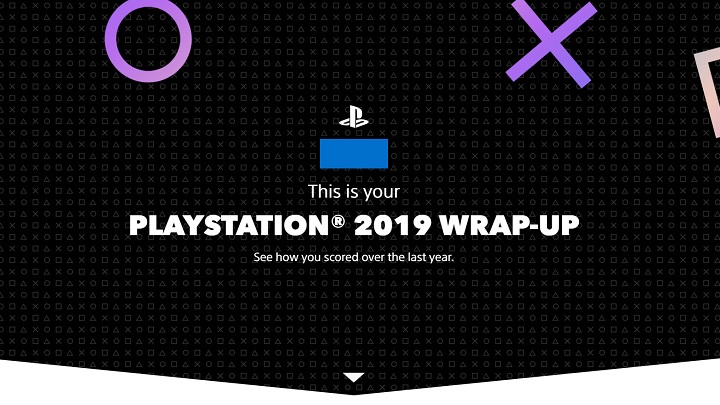 Sony enables the players to sum up their year 2019.

Before we go on to discuss the titles, let's take a close look at the summary. The first place was taken by a list of three games to which we devoted most of our time in 2019, as well as a counter of all the games we've played. Later on, we can see which genre of video games was our favorite, while next is the counter of all hours spent at the console, detailing the time spent alone, in multiplayer mode, with PlayStation VR goggles and the longest session. It is worth noting that the data concerning the time spent at the console should be taken with a grain of salt - some players display results more or less detached from reality. Many people, especially trophy hunters, will like the next item, i.e. the counter of trophies won in 2019. The summary is crowned by the number of games downloaded from PlayStation Plus and the game in which we spent the most hours in multiplayer mode.

As for the titles mentioned in the introduction - their list is as follows: 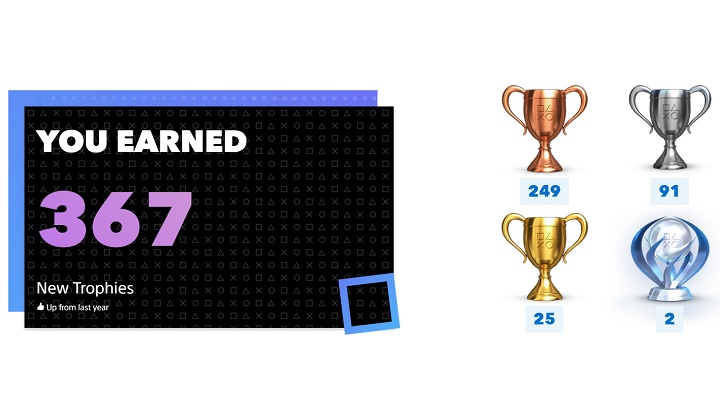 Trophies have become an integral part of the PlayStation experience.

Please note that the correct results in the summary will be given to players who have spent a minimum of ten hours on PlayStation between January 1 and December 10, 2019. In addition, it should be remembered that in order for the information presented in the summary to be consistent with reality, it was necessary to allow Sony Interactive Entertainment to "collect additional data" in the console settings.