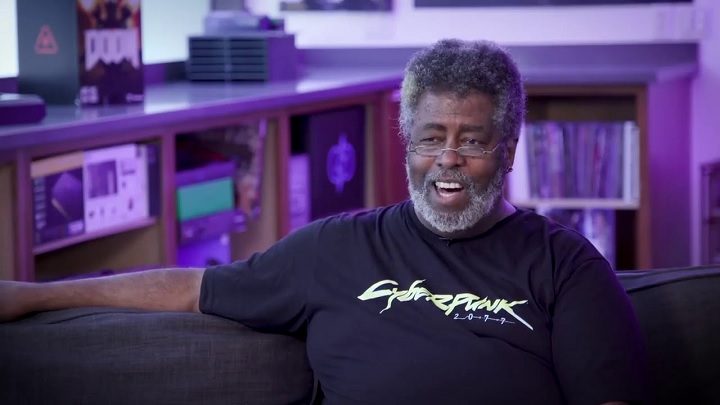 In his latest interview in Warsaw, Mike Pondsmith, along with an earring depicting a unicorn in his ear, came to answer the questions of Polish fans about the sources of his inspiration or the cooperation with CD Projekt RED. There were also questions related to Poland.

A picture of Pondsmith's creative process quickly emerges from the conversation. He draws his knowledge mainly from a huge amount of literature, which he assimilates every day to keep up to date with all the news. This is how basically the whole team at R. Talsorian Games publishing house functions.

But you're probably more interested in some tidbits about the universe, aren't you? We've got you covered. In a question about the features that distinguish Cyberpunk from the rest of the classics, Pondsmith described the concept behind the shaping of the main character and the setting, as well as his own approach to the use of technology (or perhaps to transhumanism).

When we did Cyberpunk RPG, we had an interesting problem, which is if you as in most typical cyberpunk end up a gentleman loser, but you lose. It's not really a fun thing to do in a roleplaying game. Yet at the same time, the nature of cyberpunk is that it is not about heroes per se. It's about little heroes. Heroes for themselves. So what we had to come up with was something where you weren't a badass hero but that you were a competent, capable person in a very bad world.

A large part of the interview is devoted to the cooperation between Talsorian and CD Projekt RED. As you know, or maybe not, on August 1, this year the publishing house released a paper prequel to Cyberpunk 2077 - Cyberpunk Red. The action takes place in the years 2022-2077 and is directly connected with the plot of CDPR's game.

Actually, it's really funny, because it's almost like fate wanted us to be together. For example, I named Cyberpunk Red "Cyberpunk Red" before I met you guys, or even you existed. Here's the thing: we oftentimes color-code our projects at Talsorian. They get codenames. So Cyberpunk Red because the original graphic design has red elements all through it, it was codenamed Cyberpunk Red. As opposed to the previous piece, which was actually Cyberpunk Green, and then eventually had a regular name attached to it.

The time continuity of both games requires constant communication between Polish and American devs, and it is a very time-consuming process. Pondsmith is constantly working with Patrick Mills of CDPR to fine-tune and coordinate the smallest details. It turns out that the two gentlemen complement each other very well and often come up with the same ideas.

Pondsmith describes the feeling when seeing his work being transformed into a game as astounding and says straight away that he is delighted with the studio's work - and he has seen (and heard) much. He even compared the development of the Polish company to the development of his own child. Sounds like a dream cooperation, doesn't it?

Pondsmith also announced Poland's inclusion in the Cyberpunk Red universe. And now it's time for trivia about Poland and sour soup:

I love Poland. Poland is lots of fun, I like the people here, I like the environment. Poles are cracked up - you have this really dry sense of humor [Yeah... thanks, Mike! - editorial note], and occasionally very very sarcastic and it just fits. I have made a lot of friends here that even if I wasn't coming in to work here, I would still want to come back and visit.

The other thing is thai I like the fact that it [Poland] has history and it's old, but yet where it's modern, it's new, everybody's managed to integrate that. And another thing I do is: I love the food! Polish food is great. There's a sour soup, and I like sour soups. 'Zurek'? [...] I liked it so much that I convinced a local importer back home in Seattle to bring it in in cans so I could have it whenever I wanted it. 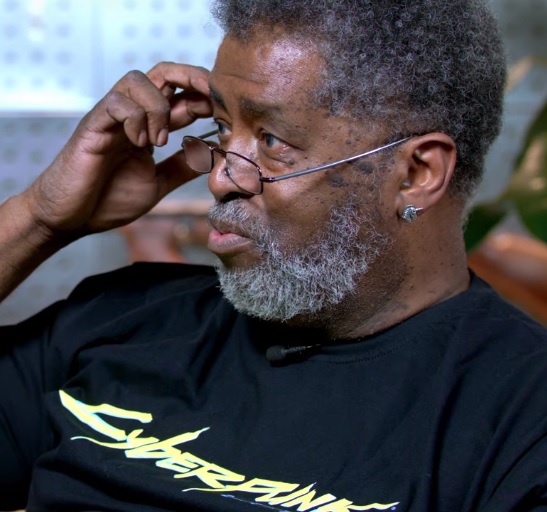 A unicorn, definitely a unicorn.

In addition to his love of sour soups, Pondsmith also confessed that in his bedroom there are My Little Pony figurines with machine guns, and that he designed the Arasaka corporation logo in ten minutes in Paint.