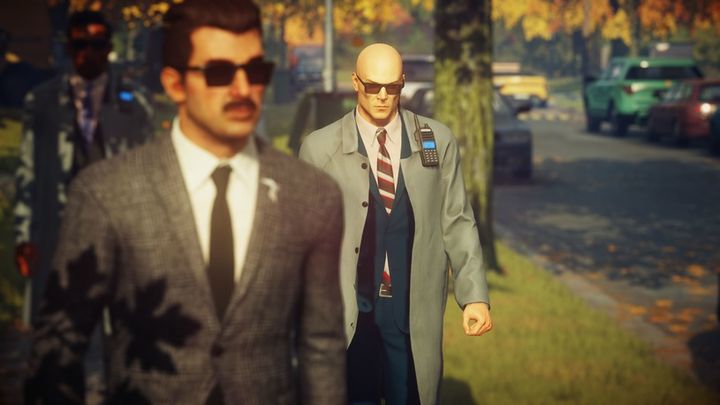 IO Interactive has presented long-term development plans for Hitman 2, the latest part of the adventures of the hitman known as Agent 47. They include content that will be released every week (the so-called Weekly Live Content), as well as larger updates to be released in the coming months.

We will receive, among other things, new Elusive Targets, items (both outfits and weapons - e.g. an antique knife and a decorative, golden pistol) and motifs. There will also be additional locations (regular but also dedicated to Ghost Mode), sniper maps and Special Assignment missions. We'll visit Hantu Port, Bank, Brison, and even a sunny Resort.

More details can be found in the picture below. The creators plan to present the individual elements of the discussed content in more detail during monthly live streams (the next one will take place on April 29). You can also follow the official forums, dedicated subreddit and Twitter. 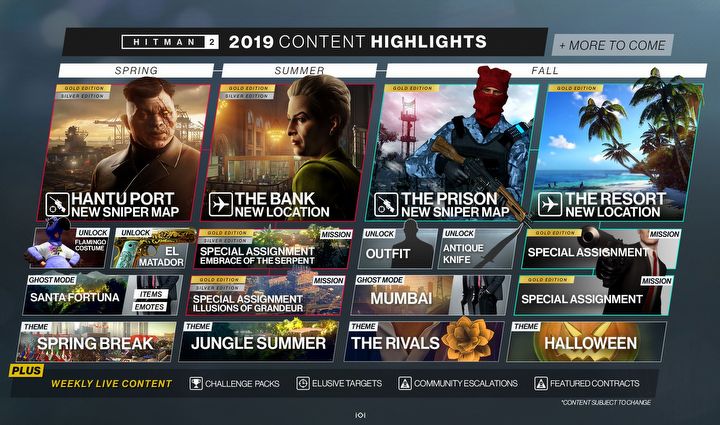 Let us remind you that Hitman 2 has been available since November 13 last year on PCs, and PlayStation 4 and Xbox One consoles.