Three more weeks left to the premiere of Obi-Wan Kenobi. Waiting for this production can be made more pleasant by the return to Star Wars Jedi Knight: Dark Forces II, a game that also tells the story of another Jedi knight trying to survive under the Empire's rule. The opportunity to do so is perfect, because a new version of the Jedi Knight Remastered mod has just been released, which thoroughly refreshes this classic.

Star Wars Jedi Knight: Dark Forces II remains one of the best Star Wars games in history. The problem is that this year the game will celebrate its 25th birthday. A quarter of a century is an eternity in the gaming industry, so launching the game can be a real hassle, and even when we succeed, many of the game's elements fall far short of modern standards. Jedi Knight Remastered was created to remedy these problems. 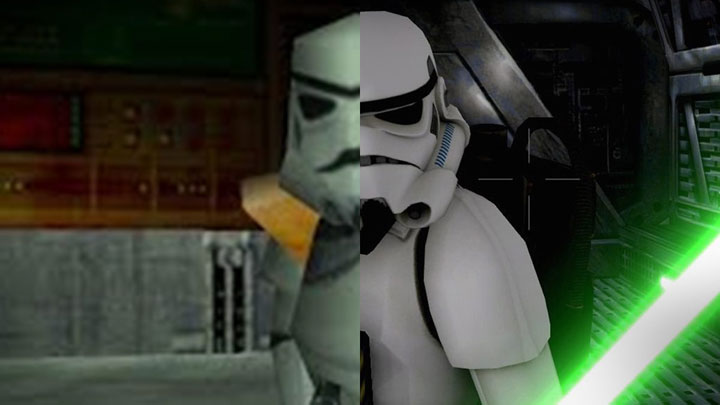 On the left the original game, on the right the modded version.

What does Jedi Knight Remastered offer?

The project collects in one easy-to-install package all the most important projects upgrading the game. We get among others:

All this thoroughly refreshes the game, making it both prettier and more enjoyable. Thanks to the mod you can enjoy playing this classic even today.

The new version of Jedi Knight Remastered is numbered 2.0 and was developed in order to implement updated versions of mods included in the project.

It is worth mentioning that the developer has also created Mysteries of the Sith Remastered, an analogous mod for the game's DLC, but it has not yet received version 2.0.