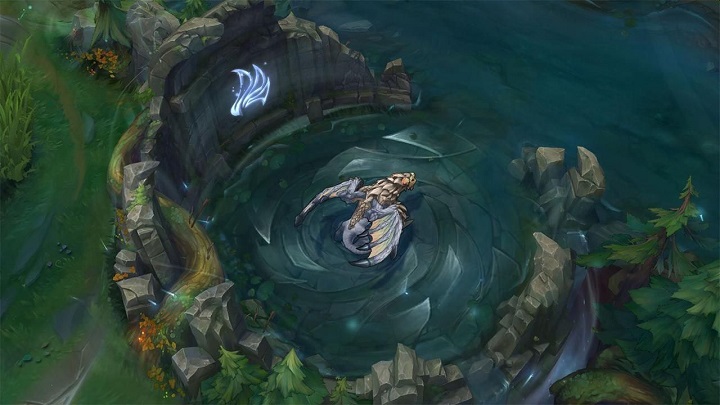 LoL bug found after a year.

Even though League of Legends has been ruling the market for years, players are still being surprised by new mistakes that are found in the game. At the end of July we wrote about the bug that has existed in the game since its beginnings and until now nobody knew about it. This time, however, we find out about another mistake, which has a bit shorter history, being present inLoL "only" for a year. Two days ago, popular youtuber Vandiril (famous for digging up the strangest bugs in the game) informed about it in his video.

The mistake concerns elemental dragons, which got overhauled over a year ago. Since then, the creatures have been granting the whole team unique bonuses after being killed. The Air Dragon affected by this bug provides a constant reduction of cooldown for hero's special ability. However, it turns out that characters who have their ult active for some time after using it (e.g. Shaco summoning his clone) may not receive this bonus. It's enough that when the air dragon is killed, this ability is active (i.e. in Shaco's case - his clone is alive).

Although it may seem that the mistake doesn't matter much, players have rightly noticed that there are many characters that suffered from this in some situations. This is most noticeable for characters for whom reduction of ult cooldown is essential, and for whom the probability of using it when killing the dragon is very high (e.g. Yorick, Ivern, Annie or Twisted Fate). It is also possible that the error somehow affected the outcome of professional games. However, it is to be expected that now that it has become known, the developers from Riot Games will quickly get rid of it.