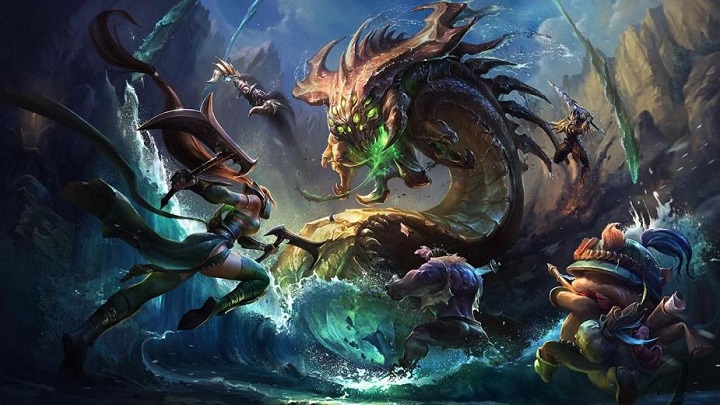 It's kill or get killed as usual on the podium. / Source: LoL

LoL's dominance over Fortnite on Twitch is reflected in the numbers. According to The Esports Observer, from January 1 to June 30, users watched League of Legends for 512.3 million hours (previous year: 435.2 million). Fortnite - 465 million (strong drop from 531.1 million). Responsibility for this loss of views (66 million difference) is partly attributed to the streamer Ninja, who had been watched for 138.1 million hours by the end of June 2018 and only 42 million hours in the first half of this year - his popularityhad decreased significantly during this time. If LoL maintains its results, it can close the year with a round billion hours. Fortnite with current results will have little chance of catching up to it.

We also had changes on the podium in Twitch categories: Just Chatting came third in terms of audience, replacing IRL. The biggest increase in popularity was recorded by Grand Theft Auto V, which last year was 9th, with less than 60 million hours, and with it (thanks to GTA RP) jumped 5 places higher with 269.1 million hours. Dota 2 occupies 5th place, but Apex Legends came to the ranking with 181.4 million hours, dropping Counter-Strike: Global Offensive from the number 6 spot. 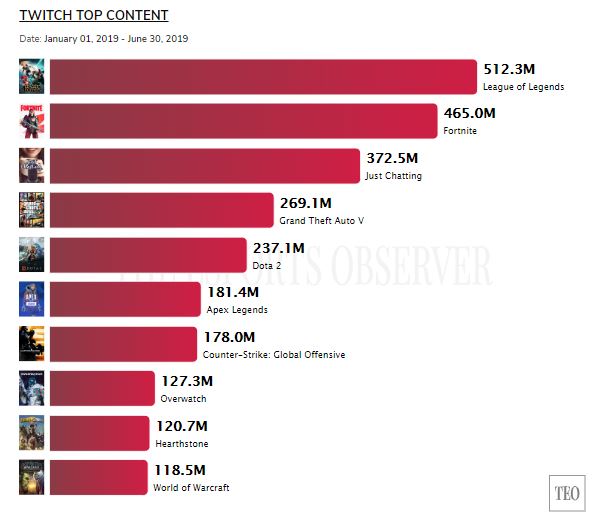