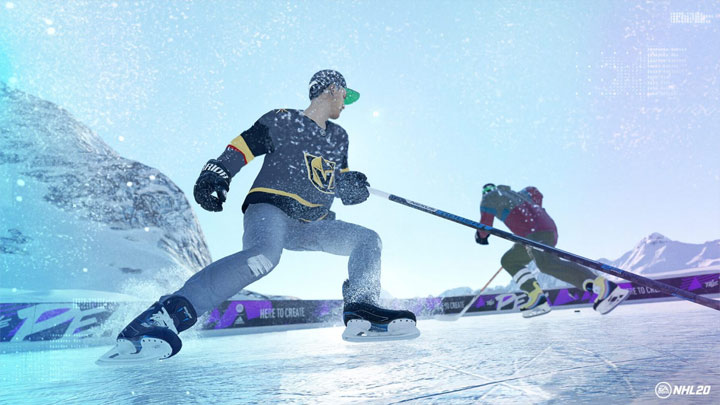 Electronic Arts has announced NHL 20, this year's installment of the popular hockey game series. The title is supposed to offer a lot of novelties, including a battle royale mode. The production is scheduled for September 13 this year and will be released on Xbox One and PlayStation 4.

The mode inspired by battle royale games is called Eliminator. In this tournament 82 players will compete in a survival tournament, playing one-on-one duels, where the loser is to be eliminated from the competition. There will also be an additional variant available, in which the players will form three-person teams and fight until there is only one group left.

Eliminator Mode will not be the only new feature of NHL 20. The game will be enriched by special shots recreating unique techniques of real players. All in all, we can expect several hundred new animations.

The gameplay should be faster and more dynamic than in previous editions. You will no longer need to slow down before executing a pass. The artificial intelligence of goalkeepers, who are supposed to be able to anticipate threats more effectively, has also been thoroughly rebuilt, so that they will be less likely to make simple mistakes.

During the matches we will hear new commentators. Eddie Olczyk and Doc Emerick will be replaced by Ray Ferraro and James Cybulski. The second pair is less known, but also less busy, so this time instead of 30 hours of comments, as much as 300 were recorded, and from time to time we will hear guest commentators such as Snoop Dogg, Will Ferrell, Drake and Wayne Gretzky.

The game will also be enriched by regularly organized virtual events. In addition, the ONES mode, where the matches are played outdoors, will finally be available as a local multiplayer.