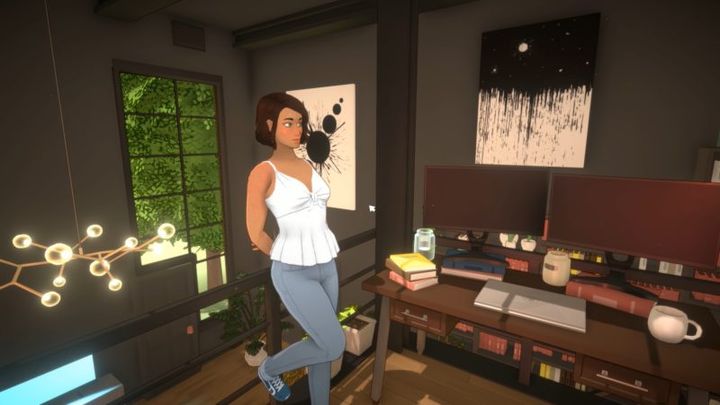 We have learned a lot about Paralives.

The creators of Paralives - an interesting production that draws inspiration from The Sims series - organized an AMA session (Ask Me Anything) on Reddit forum. Thanks to that we got to know a lot of details about their work.

On children and animals

Fans asked some quiestions about children. The creators warn that we must be ready for a certain amount of... realism.

"Yes, we want to have interactions with the babies and make them realistic. Prepare yourself for some chaos!," we read.

There will also be pets like dogs and cats in the game. Most likely, we will be able to choose from a list of species, as well as create our own, adjusting the details as we see fit.

"Hi! Most likely both! We want you to be able to create your pet, or the one of your dreams!," said the creators.

It is worth noting that wild animals (e.g. raccoons or roe deer) will also appear in the game. In the future we can also expect rodents, birds and lizards.

The apartments aren't there yet, but maybe in the future...

One of the things fans asked about was the question of apartments - it turns out that they will probably appear in the game, although they have not yet been added.

"For now, apartments are not supported but it would be fun to have them so we are looking to add that eventually :)," we read.

The creators also confirmed that on the day of release there will be a single town in the game, but there are plans for more.

"There will be one town at launch, but we intend to add more in later updates. We cannot yet confirm the size of the town," we read.

Paralives will be a game for teenagers - not for children

The creators also raised the issue of age rating. Unlike the last installments of The Sims, Paralives will be a game aimed at people over thirteen years old.

"Hi! We are indeed aiming to keep the game PG13. We want to target teenagers and adults! :)," we read.

The reason is the atmosphere of the game - we can expect that there will be a lot of a bit more adult humor in the game.

"The game will not be in real time. We haven't decided on a specific length of the seasons yet, but it may be possible to adjust it. I like the idea of changing the [seasons - editorial note] cycle."

The developers have announced that they are considering releasing the game as part of Steam's early access - the final decision has not been made yet. Unfortunately, it is also unknown when the game will be released - the developers are not ready to talk about the release date, but they admit that 2020 "seems a little too optimistic".

The Witcher 3 - Nicer NPC on Trailer of HD Reworked Project 12.0