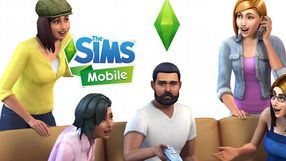 Another mobile installment in the life simulation game series by Electronic Arts. As per tradition, The Sims Mobile focuses on simulating and shaping the lives of your virtual characters. You can choose their appearance, personality, and life goals, from career paths to hobbies. During the game, the Sims' living quarters can be modified by choosing from a wide range of furniture, decorations and accessories, as the game progresses, you unlock additional activities and locations. A certain novelty is the ability to shape the history of whole families. When your character achieves their goals and retires, you can unlock new interests and career paths for next generations. Thus e.g. the grandfather's achievements can inspire his children or grandchildren to choose a similar career path. 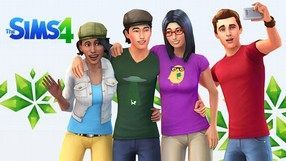 The fourth installment in the best-selling life simulation series – The Sims. The Sims 4 was developed by Maxis Studios, also known for SimCity and Spore. The player, once again, controls the lifes of a virtual family. Character editor lets you set not only alter the physical appearance of each Sim, but also define their personality, character, and goals. Your main task is to provide for the needs of your Sims – starting with a place to sleep and regular meals and including their intellectual development as well as professional career. As compared to previous games in the franchise, The Sims 4 offers much more developed social options, letting you interact with other players (e.g. share houses and throw parties together).

A spin-off of the bestselling series The Sims. It is available as a free-to-play title. The Sims FreePlay was developed by Firemonkeys, a studio that specializes in mobile games. Similarly as in the main installments of the series, the main objective is to control the life of virtual characters and decide what they will do, where they will live and who will they befriend. The gameplay is based on sandbox rules, allowing the player to freely control the fate of his Sims – he can send them to work, take them to interesting places in the city, help them make friends and even make them marry someone and give birth to children. In addition to controlling the life of the Sims, the player can design their house or take care of their garden. The game is played in real-time and the only limitation of freedom is time needed to complete various actions – however, it can be shortened by using the microtransactions. Real currency can be also used for buying exclusive items and decorations. 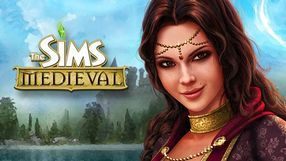 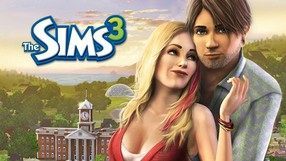 The third major installment in a life simulation game series, The Sims. The title was developed by The Sims Studio in cooperation with Maxis and Electronic Arts. As per usual, The Sims 3 lets you take control of a life of a virtual character from the cradle to the grave. Your job is to provide for the needs of your family of Sims when it comes to their social interactions, family matters, and career. The Sims 3 introduces two significant novelties to the game: lifetime wishes and a personality system that attributes 5 dominant character features to each Sim. As compared with previous installments in the franchise, the game’s 3D visuals were significantly improved. 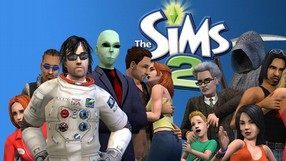 A sequel to the bestselling human life simulation game – The Sims (2000). The Sims 2 was developed by Maxis Studio (SimCity, EA Land, and others) in cooperation with the Electronic Arts company. Players again take care of virtual characters leading them through their entire lives – from early childhood till elderly age. The main goal is to achieve as high Life Score as possible, which stands for how well a sim leads his/her life. When compared with its predecessor, The Sims 2 offers much more complex character creator and a wider array of available objects. A new, more efficient game engine allowed for presenting the life of the sims in fully 3D graphics.

Another production in The Sims franchise, the best-selling series of life simulation games by EA Maxis, previously known as Maxis Software. Unlike the previous games, which focused on the single player mode, the Sims Online is an MMO game. You start out with a small piece of land, which you have to manage — you can build your house there, or you can open a museum, a gym or a coffeehouse. Afterwards, you're free to meet your neighbors and start friendly or unfriendly relationships with them, and even join forces with them, building multi-family houses, conducting business, or even starting a religion. The production focuses on raising the Sims' standard of living and amassing a fortune. The game's servers were officially shut down on 1 August 2008.

A bestselling life simulator developed by Maxis, a studio that specializes in the genre (they've created SimCity, SimTown and other titles). The Sims enables the player to take care of a virtual family of Sims. During the game the player must take care of various needs of his characters – starting with typically physiological ones (eating, toilet, hygiene etc.), through social relations, to career. The player has great freedom in expanding his family’s house, which can be furnished with various items that will be useful for the Sims. The gameplay mechanics are based on very simple principles and lack any violence, making the game a good title for casual players. A specific humor and large number of funny animations of character’s reactions are worth mentioning.