Our associated website, gry-online.pl, has published an article remembering the first installment of the Gothic series. On the occasion of this piece, they had a chance to ask a few questions to Björn Pankratz, the only current employee of Piranha Bytes who used to be a member of the old team. One of the topics discussed was of course a potential return of the classic action RPG franchise. They learned that the studio is currently working on a title that may satisfy fans of Gothic. When asked about the possibility of a remake of the first part of the series, Björn said:

 You should never say never, but at the moment we're working hard on another project and we're very interested to see if you will like it as much as we do. We think every Gothic Fan should have a look at it. 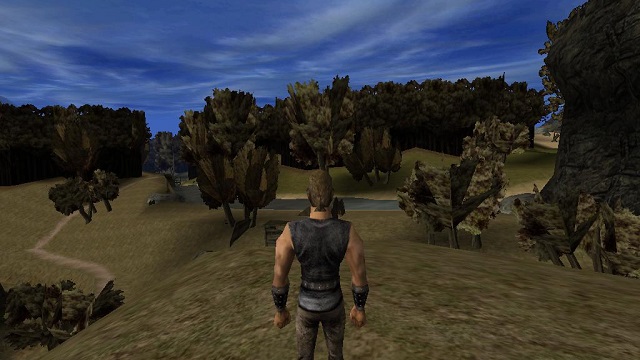 Will the new project from Piranha Bytes please the fans of Gothic?

It seems that we shouldnt hold our breaths waiting for the refreshed version of Gothic. However, neither should we rule out the possibility of its appearance in the future  the same applies to the fourth installment in the series. We must remember that at one point it was the company JoWood that had the rights to the franchise. In 2010, it published the game Arcania: Gothic 4 by Spellbound Entertainment. The title failed to fully meet the expectations of the fans, but now the IP is once again in the hands of Piranha Bytes, the studio responsible for the first three parts of the series. It is also worth noting that the last project of this team, Risen 3: Titan Lords, wasnt a big success on PC (according to Ars Technica report, it sold just over 85 thousand copies by the end of 2014), which may eventually persuade the developers to give the green light to a new Gothic project.

Perhaps this new game Pankratz was referring to is Michael Hoge's project developed under the working title Spacetime, designed as an RPG rooted in science-fiction reality, and described by its author as a first-person perspective "space explorer".

Hoge is a shareholder in Piranha Bytes as well as the main creator of the first Gothic production. During the works on the third part of the Risen series, he left the studio. In October last year, German Eurogamer informed about the creation of a small branch named Piranha Bytes Red that is working on the above-mentioned science-fiction game.

Following the developers suggestions, we have to remain patient for the time being and brace ourselves until the official reveal of the new project. Then, everything will become clear.

Pillars of Eternity  new gameplay and a fragment of documentary film