Ready for The Witcher?

ARK: Survival Evolved is not exactly well optimised game at this time, but we have a few tips that may ease the pain.

LEGO Worlds now offers split-screen co-op mode for two players. This new feature is a part of the Update 4 released through the Beta Branch on Steam.

The Gothic series has a cult-like following in several European countries, including Germany and Poland. Its worshippers can also be found among the hardcore RPG supporters worldwide. Is there a chance for a comeback?

The Witcher 3 received the most important award at The Game Awards gala. On this occassion, the joint CEO of the company was interviewed and he confirmed that The Witcher is a franchise that will not let us quickly forget about itself.

The developers of Renegade X – the open for beta-testing since 2014, fan-made spiritual sequel to the 2002 Command & Conquer: Renegade – released a new update. And according to them, the next one will finally reveal the full title of the game.

Some new tasty details emerged on Escape from Tarkov, a story-driven MMO with elements of FPS/TPS and RPG. The game will launch on Steam in its entirety in the second quarter of 2016.

Reality Pump, studio operating since the mid-nineties in Kraków, Poland, whose portfolio includes games such as Earth 21xx and Two Worlds, was forced to close down. Most of its remaining employees moved to another Kraków-based developer, Bloober Team.

The Vanishing of Ethan Carter creators are working on a a new open world action-adventure game with deep storytelling and heavy atmosphere. The Astronouts are currently looking for an AI programmer able to work with Unreal Engine 4.

Black Mesa, remake of the first Half-Life game released by Valve in 1998, has just launched on Steam Early Access program. At the moment, the price of the modification amounts to EUR 19.99.

Developers from Relic Games have published online an image suggesting that in the next expansion they are planning to add the British army to their strategy game. What's more, screens surfaced on Reddit showing new units.

Skyrim got a big story-driven mod called The Forgotten City

Creators of a huge XCOM: Enemy Unknown mod, XCOM: Long War, are making a new game. Terra Invicta is going to be a humans-vs-aliens grand strategy. The project will soon make its way to Kickstarter.

We’ve learned that Focus Home Interactive’s Call of Cthulhu is being developed by the creators of Styx: Master of Shadows, Cyanide Studio. The game is coming out in 2017.

All users of EA Origin system can grab Red Alert 2 for free, no strings attached. This classic RTS is another free game available as a part of "On the House" program.

Pillars of Eternity – updates, expansion and a new Kickstarter campaign on the way

We've had a chance to talk about Pillars of Eternity with Feargus Urquhart, CEO of Obsidian Entertainment. Among the discussed topics was the success of this classic cRPG, as well as its future in the form of an upcoming expansion and another Kickstarter. 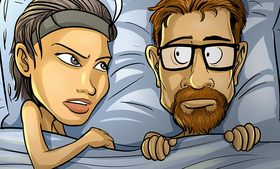 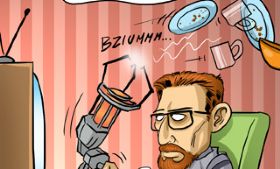 The Witcher 3: Hearts of Stone Steam achievements were put online. While they don’t reveal much about the story, they give an idea of some new content coming up to the game.