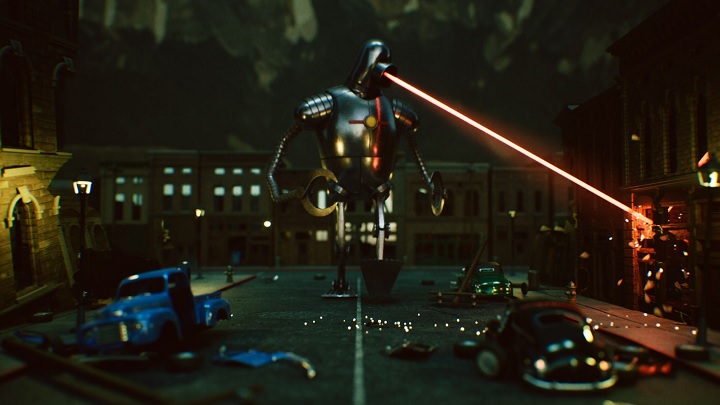 The ray-tracing technology is not a standard in games yet, but there is no shortage of people willing to test it. If you also want to see what it looks like in practice, you may be interested in the project of user The_Distiller from the Unreal Engine forum. A few weeks ago the user participated in a competition organized by Nvidia in cooperation with Epic Games and Microsoft, which required the participants to prepare a project using Unreal Engine version 4.22 and DirectX RayTracing. The_Distiller released his work as a free playable tech demo Attack from Outer Space. The demo enables us to operate a Martian robot (controlled by a keyboard or a gamepad) and sow destruction in the town. You can download the 880 MB file from the forum, but the creator points out that it was tested only on a GeForce RX 2080 Ti graphics card. So if you don't think your hardware is enough, below you will find a gameplay video made by The_Distiller.